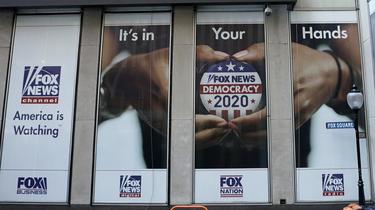 M&M’s: That’s why you don’t see the little characters anymore

M&M’s: That’s why you don’t see the little characters anymore

Following controversy in the United States over some of its famous characters, as of January 23, pastry chef M&M’S has stopped using these characters in its ads until further notice.

“Politicized” advertising, according to part of the American conservative right. After much controversy, on January 23rd, the American brand M&M’S stopped using some of its characters, who impersonate chocolates, in its advertising until further notice. These were considered too “awake”.

It all started last September when the pastry chef introduced a new member of the Spokecandies family called Purple.

Appearing after Green (green) and Brown (brown), this female character was created by M&M’S to “represent acceptance and inclusion”. Purple specifically symbolized support for the LGBTQ community and expression of homosexuality.

To promote inclusivity, M&MS decides to market special packaging where only female “star candies” appear on the packaging and inside. A limited edition. That’s the straw that broke the camel’s back for Fox News and Tucker Carlson. pic.twitter.com/z6L4eanUXn

However, that arrival had drawn much criticism from some netizens, who accused Mars Wrigley, M&M’S’ parent company, of politicizing chocolates. According to them, the M&M’S characters have “woken up”, a term denoting activism against all forms of discrimination and exclusion aimed at one or more minorities.

The controversy then swelled in January with the release of a special limited edition bundle containing only the three colors of the female characters, green, brown and purple.

“M&M’s ‘woke’ are back,” protested shortly after the announcement in September Tucker Carlson, one of Fox News’ star presenters, who is known for the very conservative positions of some of his stars.

See also  "One for all, all for one": The 3 Musketeers offer a trailer

In fact, he had then mockingly mentioned that Green was “perhaps a lesbian” and Purple was “obese” in reference to his oval rather than round shape, similar to that of M&Ms with a peanut.

In addition, in January 2022, the presenter had also criticized that Green had replaced her boots with sneakers like the other characters, making them “less sexy”.

A message from M&M’s. pic.twitter.com/EMucEBTd9o

In a message posted to Twitter on Jan. 23, M&M’s said it didn’t expect its characters to “shake up the internet” and was surprised they caused “polarization.” The latter will be replaced by actress and humorist Maya Rudolph for new advertising campaigns.