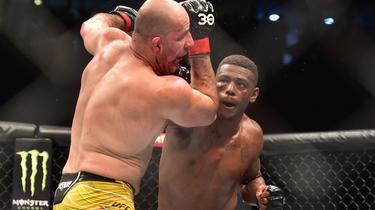 MMA: This star is defending his presence on Onlyfans

MMA: This star is defending his presence on Onlyfans

MMA fighter Kay Hansen, who was fired from the UFC and criticized for her presence on the OnlyFans website, wanted to react.

Kay Hansen, a former UFC fighter who has been singled out for her activities on OnlyFans, said this site has allowed her to make a living.

The American, who left the prestigious MMA organization after three consecutive defeats and will now fight at Invicta FC, has in fact praised the advantages of this social network, where you have to pay to view the content of the people you are following see. And where, in general, most published images are pornographic.

Due to the chaining of losses (6 losses, 7 MMA career wins), she decided to open her account on the platform to generate income.

“I feel like a lot of people are figuring it out and I understand everyone has their opinions, but at the end of the day it allows me to do whatever training regimen I want,” Hansen told MMA Junkie. I don’t have to find another job with very complicated hours, you know what I mean? That way I can structure my camps and focus on what really matters and that’s the fight.

Currently injured in her hand, she hopes to return in the coming weeks. “Right now I have a broken hand so I’m waiting for it to heal,” said Hansen. And once that heals, I want to fight as soon as possible in early 2023. But I need to make sure my hand is healed before I do that.

See also  Pelé's disappearance: Platini, Mandela, Warhol... What they said about him