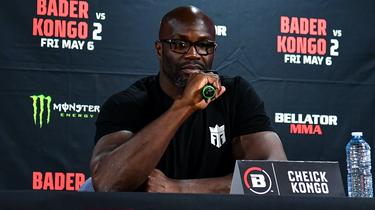 MMA: all about the Bellator tournament

MMA: all about the Bellator tournament

Bellator MMA, the other great American organization, will return to Paris on May 12th with an incredible event. Here’s everything you need to know.

This Thursday, January 12, Bellator, the other American MMA organization, announced its return to France for the third time on Friday, May 12, notably with a fight by the Franco-Tunisian Mansour Barnaoui.

When does the Bellator MMA World Grand Prix take place?

The Bellator MMA World Grand Prix tournament begins March 10th in San Jose. A stage will take place on May 12 in Paris at the AccorArena in Bercy.

A million dollars for the final winner

In this eight-fighter tournament, the eventual winner will take home a million-dollar check and have a shot at picking up the championship belt in the semifinals.

Who will be present in Paris?

Who is participating in this tournament?