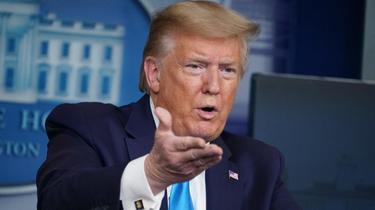 Web giant Meta said in a statement that Donald Trump will soon be allowed to return to Facebook and Instagram.

Donald Trump back after a long suspension. The former President of the United States will soon be able to reactivate his Facebook and Instagram profiles after a two-year suspension, the metagroup announced.

Donald Trump’s accounts were closed after the attack on Capitol Hill on January 6, 2021.

“The public needs to be able to hear what politicians are saying so they can make informed decisions,” Nick Clegg, Meta’s head of international affairs, said in a statement.

“That doesn’t mean there aren’t limits to what people can say on our platform,” he said. When there is a risk of harm in the real world – a high risk that warrants Meta’s intervention in the public debate – we act.”

Donald Trump reacted to the lifting of his sanction by saying that no president should be excluded from social networks. “This should never happen again to an incumbent president or anyone who doesn’t deserve punishment!” the 2024 presidential nominee commented on his own network, Truth Social.

This announcement comes a few months after his rehabilitation on Twitter. The former president, who was also banned from this network after the attack on the Capitol, saw his account reactivated last November by Elon Musk, Twitter’s new boss.

See also  Disney+: What is Avalonia, the Strange Journey, the Christmas Movie That's Not Coming to Theaters?
Share