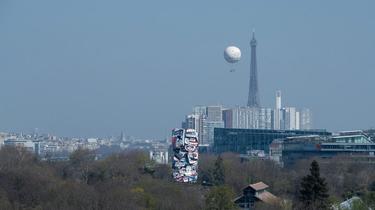 Mermaid tears: what we know about these plastic balls

Mermaid tears: what we know about these plastic balls

Strange plastic balls have been found on the coasts of Vendée, Loire-Atlantique and Finistère. Three waves have been recorded since early December.

Metaphorically dubbed “mermaid’s tears,” plastic balls have invaded the shores of several regions in France. A mysterious pollution that is beginning to worry marine conservation NGOs. They appear as small balls measuring between 1mm and 1.5mm.

Hard to clean due to their size, they become a major problem for beach and shoreline maintenance. According to Surfrider, 160,000 tons of pellets are lost in the European Union and 230,000 worldwide every year. They also threaten species such as oysters or mussels that may ingest them.

It is currently not possible to say where these “siren tears” come from. A team from the Center for Documentation, Research and Experiments on Accidental Water Pollution (Cedre) conducted surveys at all sites but could not come to any conclusions. Speculations about the origin of these pellets are widespread. According to the NGO Surfrider, this pollution is linked to the loss of one or more containers by a boat at sea.

The mayors of Pornic, La Bernerie-en-Retz, Sables-d’Olonne and the Pays de la Loire regional council have jointly decided to lodge a complaint against X. In addition, the Environment Minister, Christophe Béchu, condemned “an ecological nightmare” and expressed his support for the mayors involved in this fight, mentioning the possibility of joining the complaint. Surfrider called for a mobilization on the beaches of the Atlantic coast this weekend to tackle this increasingly problematic scourge.