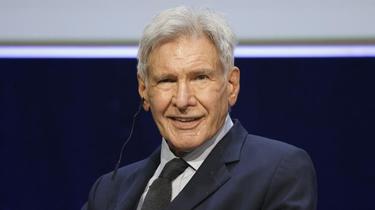 Actress Xosha Roquemore, who recently starred in Space Jam: A New Legacy or the series Atlanta, has just joined the cast of the next Marvel, Captain America: New World Order. The film is expected to hit theaters on May 1, 2024.

transfer of power. The movie Captain America: New World Order continues to expand its cast by recruiting actress Xosha Roquemore (Space Jam: A New Legacy, Atlanta), whose role is being kept secret for now, reports American site Deadline. She will play alongside Anthony Mackie, who plays the character of Wilson after the events of Falcon and the Winter Soldier, in which he took over Steve Rodgers’ (Chris Evans) shield to become the new Captain America .

In the film, which hits French cinemas on May 1, 2024, Harrison Ford will also make his Marvel debut as Thaddeus “Thunderbolt” Ross, which he will reprise after the death of William Hurt last March. Tim Blake Nelson will play the character of Samuel Sterns, while Danny Ramirez will be Joaquin Torres, who was set to inherit the Falcon costume released by Wilson.

Director Julius Onah is behind the camera with a script by Malcolm Spellman (Falcon and the Winter Soldier) and Dalan Musson.