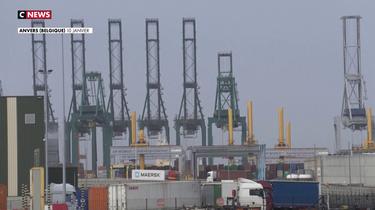 Emmanuel Pellerin, Renaissance MP for Hauts-de-Seine, admitted on Tuesday January 24 to using cocaine before and after his election to the Bourbon Palace last spring.

After Emmanuel Pellerin denied, he finally admitted his guilt. This Tuesday, the Renaissance MP from Hauts-de-Seine admitted to using drugs, especially cocaine, before and after his election.

The chosen one confessed after press revelations that shed light on this affair. “I went back on drugs over the weekend when we celebrated my inauguration in July and after that it was over,” he said, adding it was “the biggest bullshit of his life”.

An investigation was closed without follow-up

According to his son’s statements, preliminary proceedings against Emmanuel Pellerin were opened on September 9th. He had told his psychologist that his father had given him a box of narcotics.

However, the investigation was dropped on September 26. The prosecutor considered that “the elements constituting a criminal offense did not appear to be proven”.

What is Emmanuel Pellerin’s risk?

The sanction against Emmanuel Pellerin could be exemplary. Renaissance spokesman Loïc Signor said the executive office would “meet this Monday”. During this meeting, Stéphane Séjourné, the party’s general secretary, could propose to the Hauts-de-Seine MP “the immediate expulsion” of the party.

Emmanuel Pellerin’s crime is also punishable with a year’s imprisonment and a fine of 3,750 euros.