Reality TV shows about finding love have been very popular lately and a new one of these shows has a very special concept.

In fact, AMEBA, a Japanese streaming platform, announced the show “Love Before Debut” in which Korean and Japanese idol trainees will have a chance to find love before making their debut.

“Before the debut I want to have ‘the last love of my youth'”
Japanese and Korean high school students who are candidates for Korean entertainment stars make their love come true.

In the show, the trainees whose dream is to become a kpop idol in South Korea will all live together in the same house to give them more chances to find love. 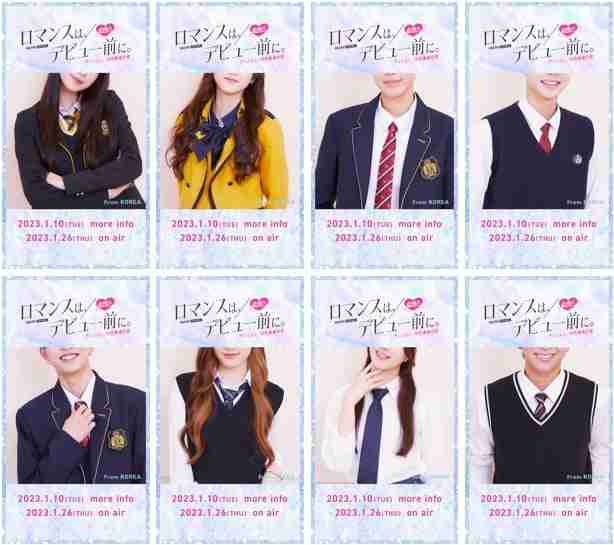 “Love Before Debut” will feature Korean and Japanese teenage idol trainees being put together ahead of their potential debut.

It has been announced that former contestants from Mnet’s “Girls Planet 999” and “Nizi Project” will appear in the show, as well as students from Seoul’s School of Performing Arts.

On the other hand, the show is scheduled to start airing on January 26 with a total of 9 episodes.