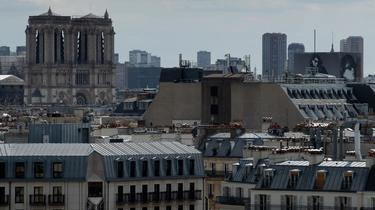 Louis Vuitton: The store in Lille was robbed

Louis Vuitton: The store in Lille was robbed

The store of the luxury brand Louis Vuitton was attacked with a pile driver around 6 a.m. this Friday in Lille.

The Louis Vuitton store in Lille suffered a ramming burglary on Friday morning. The vehicle, a reportedly stolen Clio, was found nearby. According to the authorities, four people are involved in this theft and have not yet been arrested. The people reportedly fled in a van.

The amount of damage is “considerable”

The exact amount of the damage is not yet known, but according to the public prosecutor’s office the extent of the theft is “considerable”.

The investigation was entrusted to the security department. The sign had already experienced a burglary in 2017 before being moved to rue des Chats-Bossus.