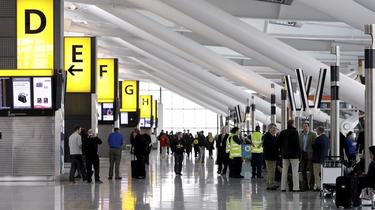 A 22-year-old man was arrested in London after the shooting on Saturday January 14 outside a church in the north of the capital. A 7-year-old girl was seriously injured.

A 22-year-old man suspected of attempted murder was arrested outside a church in north London on Sunday after the previous day’s shooting.

The incident took place early in the afternoon following a mass in Euston District in honor of a mother and daughter who died in November. Shots rang out as mourners gathered outside the church after the ceremony.

According to initial findings, the shots were fired from a moving vehicle. “I heard this loud bang and I thought it wasn’t normal and the next minute everyone was screaming and screaming,” a neighbor told the PA news agency after the shooting.

Video, filmed with a phone, shows panic at St Aloysius Roman Catholic Church in Euston, north London, after a shotgun was fired at mourners from a moving car.

Six people were injured, including a 7-year-old girl who remains hospitalized in serious but stable condition.