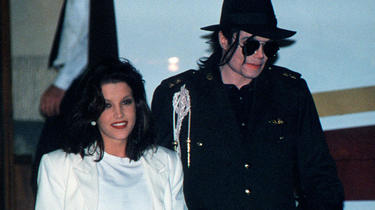 Lisa Marie Presley: The funeral will take place on January 22nd, the singer will rest next to her son in Graceland, the legendary home of Elvis

Lisa Marie Presley: The funeral will take place on January 22nd, the singer will rest next to her son in Graceland, the legendary home of Elvis

Lisa Marie Presley died on January 12 at the age of 54 and will rest with her son and father at Graceland, the famous Elvis estate that she inherited and where a public ceremony is being organized this Sunday, January 22 will.

With his family at his final resting place. Lisa Marie Presley will rest at Graceland with her father and eldest son Benjamin Keough, who died by suicide in 2020 at the age of 27.

Lisa Marie Presley is buried at Graceland next to her son Benjamin in the meditation garden. Most of the family is buried there, including Elvis and his parents, Gladys and Vernon.

She dedicated her last 2 Instagram posts to Benjamin and may they both rest in peace. pic.twitter.com/0m3zI4itT6

In addition to Elvis, his parents Vernon and Gladys, and his grandmother Minnie Mae, all of whom are buried at Graceland, the property also houses a memorial stone for Elvis’ twin brother, Jessie, who died in childbirth.

As Deadline points out, Lisa Marie once wrote about this special place in her song “Light’s Out” from her 2003 debut album To Whom It May Concern. “Someone turned off the light over there in Memphis,” she sang. “Ooh, that’s where my family is buried and gone / Oh yeah / Last time I was there I noticed there was still room / Oh, next to them there – Down in Memphis, yeah / In the fucking back lawn. “

See also  What is the name of the anti-jihadist operation that ended today?| MESSAGES

Almost a week before his death, Lisa Marie had spent some time there to celebrate Elvis’ 88th birthday.

A public memorial service will be held for Lisa Marie Presley this Sunday, Jan. 22, her daughters said in a statement sent to People.

“Riley, Harper, Finley and Priscilla are grateful for the support, well wishes and love in honor of their beloved Lisa Marie. A public memorial service will be held in Memphis on the forecourt of Graceland on Sunday, January 22, at 9 a.m.

“In lieu of flowers, the family encourages anyone wishing to send to do so in the form of a donation to the Elvis Presley Charitable Foundation.” The foundation supports various charities that are particularly focused on arts, education, and children’s programs in the Memphis area, according to its website.

Since January 12, the day the singer’s sudden disappearance was announced, bouquets of flowers have flocked to the gates of the mythical residence, once the residence of the king.

The stars also multiply the honors. Austin Butler, who plays the King in the phenomenon Elvis, most notably admitted to having “completely broken his heart”.

Rock ‘n’ roll legend Elvis Presley’s only child, Lisa Marie Presley, died Thursday at the age of 54. Present at the Golden Globes ceremony two days earlier, she had been rushed to the hospital on Thursday morning, where she was placed in an induced coma and on respiratory support after suffering cardiac arrest.

In 2022, Lisa Marie Presley wrote a moving essay about the “horrifying reality” of her grief over her son’s suicide. “I have been dealing with death, grief and loss since I was nine years old. I’ve had more than anyone in my life and somehow I’ve made it this far,” she said in comments collected by People.

Lisa Marie was only nine years old when her father died of cardiac arrest at the age of 42. She had taken full control of his estate by the age of 25 and established the Elvis Presley Trust.