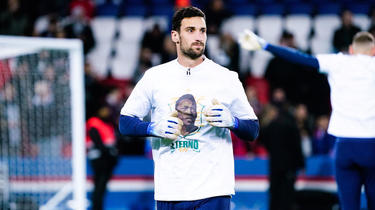 Ligue 2: The game between Sochaux and Caen has finally been postponed

Ligue 2: The game between Sochaux and Caen has finally been postponed

Finally, the Ligue 2 game between Sochaux and Caen will take place on Friday 20 January at 18:30. Caen had asked for this meeting to be postponed because the funeral of his coach Stéphane Moulin’s wife was scheduled for the same day, but the Doubiste club had opposed it.

The LFP has decided. The Ligue 2 game between Sochaux and Caen will take place on Friday 20 January at 18:30. FC Sochaux refused this Thursday to postpone their game of the 19th match day of Ligue 2 against Caen, which was scheduled for Saturday (3 p.m.). This request has been made by the Normandy club following the sad disappearance of Caen coach Stéphane Moulin’s wife, whose funeral is scheduled for the same day.

“Given the need to have to agree on a new program very quickly and given what this entails organizationally (and in particular the difficulty of mobilizing the appropriate control and security personnel), the FCSM unfortunately had to make a decision that Match took place on Saturday, January 14 at 3 p.m., ”the Doubist Club justified in a press release the proposal to observe a minute’s silence before the meeting.

The game of the 19th day of the @Ligue2BKT across from @SMCaen will be played this Saturday, January 14 at 3:00 p.m. as originally planned.

While the league and broadcaster of the meeting had agreed to a postponement, that rejection had not gone through the ranks at the Stade Malherbe de Caen. “Football is first and foremost a game, clubs are families. Unfortunately, as long as some people forget, we will continue to see pathetic behavior,” Caen owner Pierre-Antoine Capton wrote on Twitter. The club management then assured that the team would not go to Sochaux this Saturday.

Stéphane Moulin, who retired on December 22, leaving his place on the bench to Patrice Sauvaget, this Wednesday felt the pain of losing his wife Armelle, who was struggling with an illness.