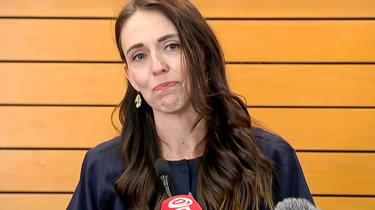 New Zealand Prime Minister Jacinda Ardern surprised everyone by announcing her resignation on February 7th. The internationally very popular leader has shaped the spirits several times through her sensitive and popular exercise of power.

the youngest head of government in the world

In 2017, Jacinda Ardern was elected leader of New Zealand at just 37, becoming New Zealand’s youngest prime minister since 1856 and – at the time – the youngest head of government in the world.

During her campaign, the Labor leader, buoyed by an impressive outpouring of sympathy and nicknamed “Jacindamania” by the media, had been compared to two other young leaders, French Emmanuel Macron and Canadian Justin Trudeau.

Driven to the helm of a beleaguered New Zealand opposition, Jacinda Ardern had given Labor an incredible rise in the polls and embodied the promise of generational change.

Your baby at the UN General Assembly

Jacinda Ardern made history in September 2018 when she appeared at the annual UN General Assembly with her 3-month-old daughter Neve. It was the first time a female leader had brought her baby into the vast hall of the United Nations.

New Zealand Prime Minister Jacinda Ardern with her three-month-old daughter Neve during the 73rd… #YOU in New York, September 24, 2018.

Ardern made history by becoming the first world leader to bring a baby into the United Nations Assembly Hall. pic.twitter.com/7LdLhGpU2c

“I want to make it more normal,” Ms Ardern told CNN, hoping that through “openness it could pave the way for other women.”

Strong emotions after the attack in Christchurch

Jacinda Ardern has been hailed for her response to the Christchurch bombings in March 2019, the country’s worst on record. A white supremacist broke into two mosques in the city during Friday prayers, killing 51 and injuring 40.

With a scarf on her head, she had comforted the families of the victims after the shooting, an attitude celebrated around the world. She later explained that the gesture was spontaneous and a sign of respect for the Muslim community.

On December 9, 2019, a volcanic eruption occurred on the small island of White Island in northern New Zealand. About fifty tourists, mostly Australians, were trapped during a field trip to the site. The toll of the disaster is high: 22 dead and 25 injured.

Nine months after Christchurch, Jacinda Ardern once again faces a grieving nation. The leader, who goes there to comfort victims’ families and congratulate rescuers, is still celebrated for her empathy, which will shape her leadership style.

On May 25, 2020, Jacinda Ardern was giving a live television interview when she was cut short by a 5.6 magnitude earthquake that struck New Zealand’s North Island.

Undeterred, the prime minister remains smiling and explains the situation. “We have an earthquake here,” she said before continuing her interview. 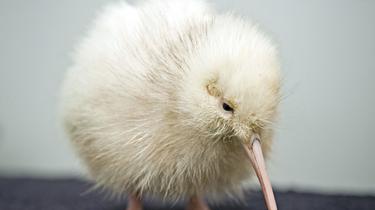 But the naturalness of the New Zealand leader also played a trick on her. Last December, she called opposition leader David Seymour an “arrogant asshole”. An insult uttered in a low voice in Parliament’s hemicycle, but picked up by his microphone…always on.