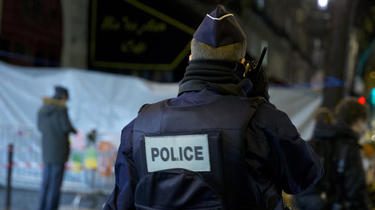 Investigations launched after incidents at the end of the trial

Investigations launched after incidents at the end of the trial

Several incidents occurred after the verdict in the trial of Axelle Dorier’s death. Screams, discomfort, insults… A gesture by the victim’s brother that was perceived by at least one witness as a Hitler salute would create suspense. The Lyon prosecutor’s office has launched an investigation.

A trial and a judgment under tension. Incidents occurred Friday night after Youcef Tebbal was sentenced to 12 years in prison. The 24-year-old was found guilty of running over and killing 22-year-old Axelle Dorier in a car that had been dragged more than 800 meters in Lyon in July 2020.

At the sentencing hearing, a woman standing by the families of the defendants cried out, then became nauseous. One of Axelle Dorier’s brothers, clearly unsupportive of the scene, then headed for an exit from the courtroom. According to an AFP journalist, he turned on the doorstep before insulting the woman by raising his arm. A gesture publicly interpreted by at least one witness as a Hitler salute.

The man then “smashed a window with his fist” in a hallway next to the courtroom, defense attorney David Metaxas, who was in the room, testified.

Investigations into public provocation to hatred or violence

Investigations are underway to determine the precise nature of the disputed act. In addition, one person was referred to appear immediately after police officers beat them in the waiting room and an investigation into “public incitement to hatred or violence” and “intentional bodily harm” was initiated.

The identity group Les Remparts has taken up the death of Axelle Dorier on several occasions, particularly through social networks. A photo posted to his Twitter account on Saturday showed around 15 activists behind a banner with racist connotations, believed to have been taken outside the courthouse on Friday after the trial.