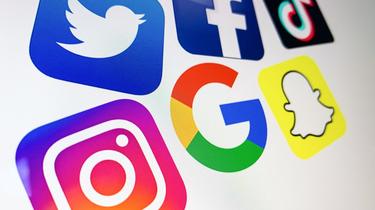 Influencers: the government is asking for the opinion of the French to create a “code of good behavior”.

Influencers: the government is asking for the opinion of the French to create a “code of good behavior”.

The government launches a public consultation to better regulate the activities of influencers following numerous cases of fraud on social networks.

Establish a “code of conduct”. This is the government’s stated goal of regulating the sphere of influence and “protecting” consumers from scams or other hidden advertising on social networks.

Participate in the consultation as much as possible to better support and monitor influencers. Your opinion counts!

“The vast majority of them obviously respect the rules. But there are also certain scams or sometimes just certain oversights. We forget to say that we have been paid to recommend such a product, website or trip (…) It is these discrepancies, these shortcomings, sometimes these scams that we want to correct,” explained in one Video of Economy Ministers Bruno Le Maire on the 150,000 influencers in France.

In order to “establish a certain number of rules”, the minister announced this Sunday the launch of a major consultation on the website consulting-influenceurs.make.org to get the opinion of the French.

Until January 31st, Internet users are proposed to respond to 11 ideas for action, divided into four themes: rights and obligations of influencers, intellectual property, consumer protection and governance of the sector. Among the proposals: establish an official definition of the influencer, better regulate agreements between influencers and brands, prohibit advertising of certain products by influencers, etc.

In parallel with this consultation, 8 working groups will be held in January and February on these issues between the Ministry and the players in the sector, Bercy specifies.

Controversy, sometimes followed by fines, regularly erupts over the practices of influencers who don’t always disclose the ties that bind them to particular brands. In 2018, influencer Nabilla Benattia-Vergara was fined €20,000 for promoting stock exchange services on Snapchat without mentioning that she was being paid for it.

The Economy Ministry announced the principle of this public consultation on December 9 after a round table with representatives of a booming influence industry, which in turn advocates self-regulation.

Seven agencies took the opportunity to announce a future ‘professional association’ that would aim to establish ‘a charter of values’, ‘a guide to good practice’ and an ‘ethics committee’.