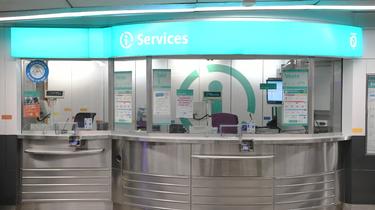 Ile-de-France: what can we expect from the fundamentals of public transport financing?

Ile-de-France: what can we expect from the fundamentals of public transport financing?

Attacked on the financial situation of the Ile-de-France Mobilités (IDFM), for which she is responsible, the President of the Ile-de-France Region, Valérie Pécresse, recalled her intention to close the “Assises du finance des transports francilians”. to organize. A big day of the bipartisan seminar taking place this Monday, January 23 at the Regional Council.

Strongly criticized for having increased the Navigo pass from 75.20 to 84.10 euros on January 1, Valérie Pécresse had assured that the finances of the Ile-de-France Mobilités (IDFM), the organizing authority for public transport in Ile-de-France, which she presides over as President of the region, are “healthy” and have invited the administrators of the IDFM to take part in the “Assises to finance Ile-de-France transport”.

The goal? Bringing together all mobility stakeholders in the Ile-de-France region, including the state and the population, to develop transparent financing solutions for tomorrow’s public transport. “I want everything on the table […] so that we can see who is funding what”, explained the president of the region, wanting to recall that “the real cost” of the Navigo pass was in fact 240 euros per month.

An “open discussion so that we can see who is financing what, what the real transport costs are, how big the transport revolution will be that is coming our way in the next 6 years”, she had pushed ahead with a view to “new materials”. or even “new lines”. She also created the opportunity to “remind the various operators that the quality of transport must be there”.

See also  Disappearance of Lylou, 13 years old: what we know

Thanks to the 200 million euros in aid received from the state in extremis, Valérie Pécresse had assured that she “avoided the worst-case scenario for 2023” after considering for a while lowering the price of the Navigo pass to 100 euros per month to increase . However, the question of financing public transport remains completely open, while the construction work for the Grand Paris Express is already well advanced.

Because that’s the whole point. Since the opening of the Assizes this Monday morning at 10am, it has been none other than former Prime Minister and new CEO of RATP Jean Castex, surrounded by the CEO of SNCF Réseau Matthieu Chabanel, but also by the Chairman of the Board of the Company du Grand Paris Jean-François Monteils , invited to discuss the operating costs of the new lines and in particular those expected for the Paris 2024 Olympic Games.

The opportunity for those who, in recent months, have not stopped campaigning for a fair increase of 7.5% for each of the different actors involved in public transport financing, to remind “who pays what”. Today, municipalities, led by Paris, finance 12% of public transport in the region, followed by travelers (38%) and finally companies via the Versement Mobilités (VM).

What new resources are available?

The President of the IDFM invokes a “fair effort” for all and is indeed fighting for the VM to be increased by 7.5%. Except that this decision to levy this tax on the payroll of companies with more than 11 people does not fall within its jurisdiction and the state has always resisted to this day.

And it is indeed an unchanging fact: Valérie Pécresse continues to claim state aid to finance major projects that “are in progress and are coming”. “It would be appropriate to offer IDFM new tax revenue to fund the operation” of these projects, “particularly the Grand Paris Express,” she said a year ago.

The various proposals for financing transport are also being examined. Including the contribution of motorists, be it “via an urban toll, a vignette, a fuel tax or even “the expansion of the measures”. […] deterrent to car use” proposed by the Court of Auditors, or even a tax on “part of the capital gains on real estate that local authorities and companies derive from the opening of railway stations and new railway stations” just delivered or under construction.

Two years ago, the state had also “initiated a process of reflection to find new sources of funding,” we recall at the IDFM, emphasizing that “no proposal” ultimately emerged from it. The ball is still in the hands of the state, “solely responsible for tax matters”. “We need sustainable financing […] to get public transport up and running,” we emphasized at the IDFM.

It is also none other than the Minister Delegated for Transport, Clément Beaune, who will close this day of discussions. It’s hard to imagine big announcements being made this Monday despite time running out to meet the delivery schedule for the new lines, but Valérie Pécresse will still have managed to get everyone around the table, and maybe hers have made a bet : to put the issue of public transport at the center of all the priorities for the coming months.