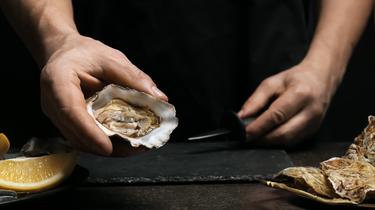 The sudden austere allergy has a name: SEIPA. A scientific oddity little known to the general public, which can occur at any time… And appears especially after eating oysters or seafood.

You must have heard it before: that little maxim that says if you’ve already vomited an oyster, you must abstain from it for the rest of your life. Slightly exaggerated, this warning is not to be taken lightly.

SEIPA is an allergic episode of intestinal inflammation “triggered by dietary proteins,” as allergist Madeleine Epstein explains to Sciences et Avenir. It is manifested by severe diarrhea and vomiting, which occurs on average two hours after ingestion.

In infants, it can lead to a complete intolerance to cow’s milk or other animal proteins. But the most common SEIPA in adults is triggered by oysters.

If we know it’s an immune response against an external protein, SEIPA remains unknown to scientists who still don’t know the mechanisms. It’s not necessarily cured, although exposure to the contaminating food is necessary to know. Also, some sufferers can continue to eat oysters as long as they are cooked.

According to one study, the percentage of the adult population affected by SEIPA in the United States is minimal (0.22%). In 2019 there would have been only 38 new cases in France.

But the figure would be very far from reality: those affected do not necessarily consult after a crisis, and the diagnosis is made by ruling out other similar conditions if the allergic episodes recur.

See also  Poll: More than 7 in 10 French think the risk of a power outage is unacceptable for a country like France
Share