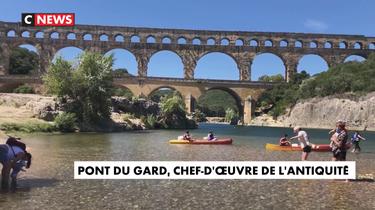 Architectural masterpieces. Once they were able to build them, human civilizations were the origin for the construction of sometimes magnificent and unique buildings and monuments. Despite rudimentary means, some works have gone down in history thanks to their size, unique or majestic character. These are the seven wonders of the ancient world. Although the origin of this list remains unclear, many traveler’s writings attest to the existence of these monuments, of which only one survives today.

The Pyramid of Cheops in Memphis

It is the only wonder of the world to have stood the test of time, and it is by far the most uplifting and mysterious. Built 4,500 BC for the pharaoh Cheops at Memphis (now Giza), Egypt, this square-based pyramid has long been the tallest and most impressive ever built. The Pyramid of Cheops is therefore the oldest of the seven ancient wonders and fascinates archaeologists who still do not really know how to explain the methods that made possible its construction, as well as its absolutely perfect alignment and geometry ., which the golden number and contains the number pi in almost all bars.

The Hanging Gardens of Babylon

The construction of the hanging gardens of Babylon dates back to the 6th century BC. and is the work of Nebuchadnezzar II, then king of the Neo-Babylonian Empire. According to the scriptures, he would have built this building to remind his wife of his homeland. But while the other mythical monuments of the city (Tower of Babel, walls, royal palaces) have been found through the very numerous archaeological excavations in Babylon (southern modern-day Iraq) and thanks to the translation of ancient inscriptions, this was not the case with the gardens , which helped keep her secret.

The chryselephantine statue of Zeus at Olympia

The chryselephantine statue of Zeus would have been 436 BC. in Greece and would have been the work of the sculptor Phidias. Made of gold and ivory, it represented the supreme god Zeus seated on his throne and, according to the scriptures, would have enjoyed great renown in Greek civilisation. The term chryselephantine, which comes from the Greek “chysós” for “gold” and “elephantinos” for “ivory”, was adopted for this 13-meter-tall statue, which was later taken to Constantinople and destroyed in a fire in 475 The work of Phidias has been more or less reliably identified on a number of Roman coins minted between AD 98 and 198.

The Temple of Artemis in Ephesus

This in the 6th century B.C. Built in Ionia (modern-day Turkey), the temple was described as the largest sanctuary dedicated to Artemis, the Greek goddess of the hunt. In addition to its colossal proportions, the writings are also reminiscent of the rich ornamentation that may have contributed to its fame. The Temple of Artemis is said to have been built in 356 BC. may have disappeared in a deliberate fire before being rebuilt and destroyed again in the 5th century.

The tomb of Mausolus at Halicarnassus

This exceptional monument, whose construction dates back to the 4th century B.C. It was built in honor of Mausolus, the governor of Caria, a region of Asia Minor then part of the Persian Achaemenid Empire (in modern-day Turkey). The building, of impressive proportions for the time, was illustrated by its decoration and the huge sculptures that adorned it. The mausoleum at Halicarnassus eventually decayed from the 12th century and was never restored.

See also  What jobs are hiring in the aesthetics industry?

The Colossus of Rhodes

It is probably one of the most impressive of the seven wonders of the world. This bronze statue depicting the god Helios is believed to have been built in the 3rd century BC. on the Greek island of Rhodes. Its gigantic size of more than 30 meters would not have been enough to withstand an earthquake that struck almost a century later and would have blown it to pieces. If certain texts indicate that the broken statue stood in place for several centuries, there is no trace of it today.

The Lighthouse of Alexandria

The construction of the famous lighthouse at Alexandria in Egypt dates back to the 3rd century BC. and would have taken almost 15 years. The building of imposing dimensions (about 135 meters high) was intended to guide navigators on the Alexandrian shores. Its sight radius extended to about 50 kilometers. Although damaged by several earthquakes and tsunamis over the centuries, it would have survived until the 14th century before being completely destroyed.

The seven “new” wonders of the world

If today only the Pyramid of Cheops remains as a witness to these seven wonders of the ancient world, in 2007 the New Seven Wonders Foundation launched a major consultation with many internet users to select the seven new wonders of the world from a list of 21 websites.

The winners are the Great Wall of China, Machu Picchu (in Peru), the Taj Mahal (in India), the Colosseum (in Italy), the city of Petra (in Jordan), the statue of Christ the Redeemer (in Brazil) and finally the City of Chichén Itzá (in Mexico). It is also often said that the Eiffel Tower in Paris is the 8th wonder of the modern world.