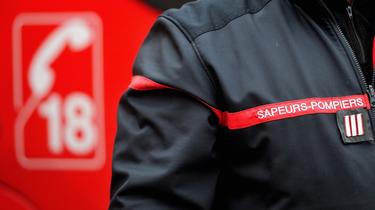 Haute-Savoie: The explosion of a tanker injured several people, including two seriously

Haute-Savoie: The explosion of a tanker injured several people, including two seriously

A tanker truck filled with gas caught fire before exploding in Fillinges, Haute-Savoie, this Friday morning. There were 21 injuries, two of them seriously.

The street was quiet on this morning of Friday January 20 in Haute-Savoie. But just before 8am on the bridge in Fillinges, a village 45 kilometers from Annecy, a gas tanker caught fire before exploding. Information confirmed by the mayor of the city, Bruno Forel, who explains that “the tanker truck broke down, the tractor caught fire, causing the transported gas to explode”.

The rescue services quickly arrived at the scene and tended to the injured, two of whom are believed to be in serious condition, the Haute-Savoie prefecture said in a press release. They were hospitalized.

#Accident Below is the press release regarding the fire and explosion at a truck transporting hazardous materials this morning #Fillings pic.twitter.com/FFOrBVmsw6

The deflagration caused by the blast hurled debris up to a kilometer from the scene of the accident, one of which destroyed a car in Marcellaz, a neighboring town.

The safe sector, a detour in place

The Prefect of Haute-Savoie, Yves le Breton, said it was a “spectacular explosion” that could have claimed many lives.

In fact, witnesses to the accident claim to have seen “a red ball of fire,” as reported by France Bleu. Windows of neighboring houses were also smashed and the sound of the accident could be heard more than 10 kilometers away.

The emergency services also marked a safety perimeter and a diversion to avoid traffic jams. The prefecture calls for avoiding the sector as much as possible. The axes leading to the bridge were cut in both directions. Detours will be activated on the RD 12 between Faucigny and Bonneville and on the RD 26 between Saint Jean en Faucigny and Marigner.