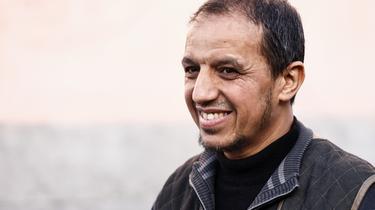 Hassan Iquioussen: the imam expelled from Morocco by Belgium

Hassan Iquioussen: the imam expelled from Morocco by Belgium

Moroccan Imam Hassan Iquioussen was deported from Belgium to Morocco this Friday, where he was arrested on September 30 after being expelled from France for “inciting hatred and discrimination,” his French lawyer told AFP.

Imam Hassan Iquioussen was deported from Belgium to Morocco on Friday, where he was arrested on September 30. He was taken back to Casablanca on a plane after a passport was issued on Thursday to speak with Moroccan authorities, his lawyer Maître Lucie Simon said.

The Belgian Secretary of State for Asylum and Migration, Nicole de Moor, welcomed “the good cooperation” with France on this dossier and confirmed the return of the person concerned to Morocco.

At the end of July, Gérald Darmanin announced the expulsion of Hassan Iquioussen, accusing him of “a missionary speech interspersed with statements inciting hatred and discrimination and promoting a vision of Islam contrary to the values ​​of the Republic”.

However, the imam could not be found when the expulsion order was finally confirmed by the State Council on August 31. He had fled to French-speaking Belgium, where he was arrested on September 30 in the Mons region.

Hassan Iquioussen was then taken to a closed center near Liège for illegal stay in mid-November, pending an order to leave Belgian territory after the failure of the European arrest warrant procedure launched by France.

His French lawyer, Lucie Simon, was surprised Friday night by Morocco’s “about-face,” which last summer denied France the consular passport that allowed the imam’s removal from office in his country of origin.