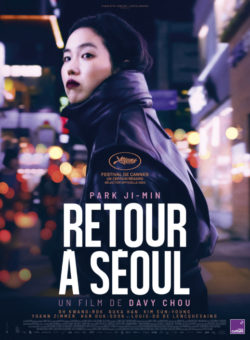 summary : Returning to Seoul will not leave you unmoved. A bit like tasting fine wine for the very first time, Davy Chou’s film promises a hurricane of flavors that will glue you to your seat. Return to Seoul traces the difficult and turbulent search for an identity of Freddie, 25, a young woman of Korean origin who, like tens of thousands of others, was adopted in France. His journey to Seoul is marked by a series of discoveries, surprises, detours and poignant adventures. A moving film selected at the 2022 Cannes Film Festival and officially in cinemas from January 25th.