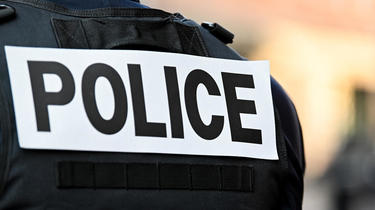 Girl attacked in Roanne: The father who beat the suspect tried Tuesday with three accomplices

Girl attacked in Roanne: The father who beat the suspect tried Tuesday with three accomplices

The family man accused of beating a 16-year-old teenager with three friends in Roanne (Loire) last October, who is suspected of sexually abusing his 6-year-old daughter, is facing criminal charges with his accomplices Tuesday 24 January early afternoon.

You must face justice. Accused of hitting a 16-year-old boy suspected of sexually assaulting a 6-year-old girl in Roanne (Loire), the latter’s father, as well as three of his friends who are alleged accomplices in the attack , must at appearing in the city’s Correctional Court this Tuesday, January 24, at 1 p.m.

The four people are accused in particular of serious violence with two aggravating circumstances (violence in assemblies and violence with a weapon).

“Regrets but No Regrets”

As a reminder, the facts occurred on the night of Thursday October 20 to Friday October 21, 2022, in the Mayollet district of Roanne, when a mother had surprised a person in her home who was coming out of her room. on the run.

The girl’s mother immediately provided a detailed description of the suspect, a young man, when she filed the complaint. Family friends and neighbors had set up surveillance around the family home, which enabled them to spot a person matching the description roaming the neighborhood the day after the alleged facts.

@Cnews | According to our information, the defendant, a young man of Guinean nationality, has declared that he is an orphan and that he entered France illegally a little over a month ago. He would have been housed in a structure at a nearby shelter 1/5https://t.co/tlDn63MhpV

The suspect was therefore beaten by the family man and his three friends. Beating the alleged attacker with an electric wire and a broomstick earned him 10 days of ITT. When he arrived in France as an isolated minor for more than a month, he declared that he was an orphan and stayed for a fortnight with two other immigrants in a shelter near the family. He was charged with “serious sexual assault on a minor under the age of 15” and taken into custody.

At the same time, Roanne prosecutor Abdelkrim Grini had launched a case against the four men for “violence aggravated by two circumstances: the weapon and the meeting followed by being unable to work for more than eight days”. In an interview with CNEWS, Boulanouar, the father’s friend and neighbor, indicated that he had “regrets but no regrets.” “There was an altercation between the father, as he was the one who caught him, and the attacker. Blows were struck. I have regrets, but I will never regret anything. I won’t regret catching it. I don’t regret going there,” he said.

By the time of the trial, the father and his friends, including Boulanouar, had been placed under judicial supervision. According to the Roanne prosecutor, the accused are all known to the court. The girl’s father was sentenced in October 2014 to four years in prison, one of which was suspended, for robbing a tobacconist’s counter in Roanne. He was also sentenced to a ban on performing in the city and five years of gun ownership.