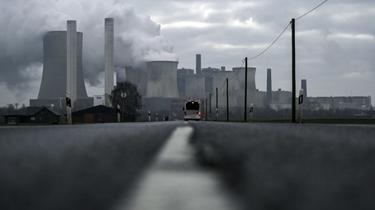 Germany: Why is the village of Lützerath becoming a symbol of political inaction for the climate?

Germany: Why is the village of Lützerath becoming a symbol of political inaction for the climate?

For several days, the German authorities have been trying to expel environmental protesters from the village of Lützerath in Germany. Threatened by the expansion of a coal mine, it bears witness to the political difficulties involved in embarking on an ecological turnaround.

It’s a lost lignite hole in West Germany. The small village of Lützerath has been in the headlines for a few days. The reason ? Several thousand environmental activists gathered there to protest the expansion of a coal mine that would result in the demolition of this town, abandoned by its residents.

Last week, police gathered in the city to disperse the protesters. But the latter, numerous and organized, are trying the impossible to prevent this expansion project.

With this increasingly frequent message, at a time when climate change is becoming a predominant cause, we can see the difficulties faced by public authorities in taking immediate action to benefit the environment.

What are we talking about ?

In reality, the story dates back to July 2020. At the time, almost 200 activists took over Lützerath in Rhineland-Palatinate, less than 150 kilometers from the French border, to oppose its destruction.

This gaping hole is also located a few hundred meters from the houses. But since the announcement of this expansion project, locals have abandoned their homes, creating an opportunity for climate protection groups to take over the site.

However, RWE is right. He owns almost all of the village and an agreement has been signed with the German government to approve the project. It stipulates that the company must close its coal-fired power plants by 2030 instead of 2038, but is allowed to expand its operations until then.

Why does Germany survive?

It will not have escaped anyone’s notice that the geopolitical context in Europe has been extremely tense for almost a year with the Russian invasion of Ukraine. After massive support from Western countries, Moscow stopped its gas exports. Problem, 55% of the gas consumed in Germany comes from Russia, knowing full well that gas and oil also make up 38% of the German energy mix.

From then on, Chancellor Olaf Scholz had to immediately find several alternatives to avoid repeated blackouts for the following winter. In the event of a nuclear deficit and the absence of renewable energies, there is only one possible solution: increasing the proportion of hard coal, including the lignite mined near Lützerath.

“To reduce gas consumption, you have to use less gas to generate electricity. Instead, more coal-fired power plants must be used,” according to the Ministry of Economic Affairs in a press release from June 2022.

While these plants will have to shut down operations by 2030, their use has increased by 13.3% in a year to cope with the shortage of Russian gas. According to the Federal Statistical Office Destatis, coal now accounts for 36.3 percent of German electricity.

A “painful but necessary” decision, reminded Economics and Climate Minister Robert Habeck. For its part, RWE emphasized that the use of coal “is necessary in order to operate power plants with high capacity in times of the energy crisis and thus save gas in power generation in Germany”.

See also  Scream VI: The trailer is out

What are the combative demands?

But environmental groups, which don’t have the same productivist vision as the German state, have chosen to make Lützerath their meeting point. As RWE prepared to start demolition work, more than 2,000 activists gathered in abandoned houses or in tree houses last week.

Little by little, the police evacuated the village until, on Wednesday, January 11, only 200 people were left. But this Saturday, Greta Thunberg went there to support the movement. More than 35,000 activists (according to the organizers) were thus present to confront the police. This resulted in clashes with injured demonstrators.

Back in #Lutzerathwhere it’s pouring rain, police cars are everywhere, buildings are being torn down, the coal mine is encroaching and demonstrators are still holding out. pic.twitter.com/rHmqLxYJLr

“It is shameful that the federal government makes deals and compromises with companies like RWE. The coal from Lützerath has to stay in the ground,” the Swedish activist has since launched a platform.

According to activists, the use of coal and lignite would be an environmental disaster and an aggravating factor in global warming. While countries around the world have agreed to drastically reduce their greenhouse gas emissions in order to limit the average temperature rise to 1.5°C, operating Garzeilwar II would run counter to that goal.

German police told the AFP news agency that the evacuation could take several weeks. The stalemate between RWE and the “Zadists” will thus have a chance to continue, much to the chagrin of the federal government. 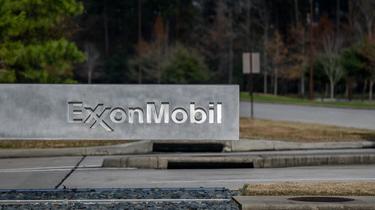 According to the pessimistic predictions of the latest IPCC report, published in April 2022, global warming could reach +3.2°C if governments do not implement immediate solutions to limit their emissions.

See also  Dawn: The man who beat his children with an ax has been arrested
Share