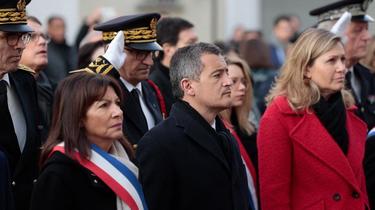 A 32-year-old Iranian suspected of preparing an “Islamist” attack using cyanide and ricin has been arrested in West Germany, police and the Düsseldorf public prosecutor’s office said on Sunday.

German police announced this Sunday, January 8th, that one person had been arrested. The man, a 32-year-old Iranian, is suspected of planning an attack using chemicals containing cyanide and ricin.

His accommodation in Castrop-Rauxel (North Rhine-Westphalia) was searched for possible “poisonous substances” with which an attack was to be perpetrated, according to a statement from the public prosecutor’s office and the Münster police.

The Iranian is “suspected of having prepared a serious act of violence threatening the security of the state by procuring cyanide and ricin in order to carry out an Islamist attack,” the investigators specify, adding that another person was also arrested during the operation had been taken into custody.

Threat of a “chemical bomb” attack

The main suspect should be brought before an investigating judge in the coming days with a view to his possible placement in custody, the public prosecutor added.

According to the daily newspaper Bild, the German authorities were warned a few days ago by a foreign secret service about the danger of an attack with a “chemical bomb”.

Germany has been the target of several Islamist attacks in recent years, including a ramming truck attack on a Christmas market in December 2016 that killed 13 people.