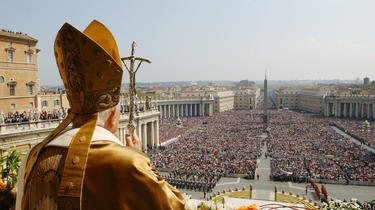 French Sister André, Dean of Humanity, died at the age of 118

French Sister André, Dean of Humanity, died at the age of 118

Lucile Randon, known religiously as Sister André, recognized as the current Dean of Humanity, died at the age of 118, we learned from the Agence France press on Tuesday January 17.

The French sister André, who had been dean of known humanity since April, died in her sleep in the night from Monday to Tuesday in her retirement home in Toulon, southern France, her spokesman told AFP on Tuesday evening.

“She died at 2:00 a.m. There is great sadness, but she wanted it, it was her desire to join her beloved brother. It’s a liberation for her,” said David Tavella, communications officer at the shelter for the elderly in Sainte-Catherine-Labouré, where she lived.

No official organization ascribes these titles to dean or dean, but experts agreed that Sister André was the oldest living person whose civil status has been checked to date. The Guinness Book of World Records also recorded this record on April 25, following the death of Japanese Kane Tanaka at the age of 119.

She has not concealed a certain tiredness for several years: she wants to “retire from this business”. But “God doesn’t hear me,” she confided to AFP, who met her extensively in January 2022.

Sister André, born Lucile Randon in Alès (Gard) on February 11, 1904, regretted having lost some of her physical abilities. “They say work kills, for me it was work that brought me to life, I worked until I was 108 years old,” she said in April 2022 when she was named Dean of Humanity, after she was dean of the French and then the European