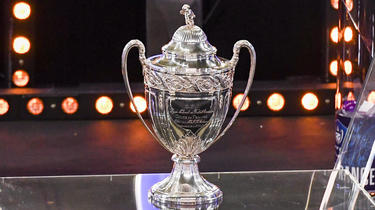 OM defender Éric Bailly was sent off after 15 minutes of play in Saturday’s Coupe de France after an incredible foul on a Hyères-Toulon player.

Unlike Hyères (N2) on Saturday in the 32nd final of the Coupe de France, OM was quickly reduced to ten after Éric Bailly was ruled out. The Ivorian defender was sent off after an impressive foul on midfielder Moussa N’Diaye.

Oh!! What a huge sole by Eric Bailly on Moussa N’Diaye’s chest!!

OM will resume the game at 10am after this big mistake#OMHFC https://t.co/NJYtvGtrkU

On a Var Contra, the former Manchester United player, 28, made an uncontrolled and extremely dangerous gesture by swiping his crampons on the Hyérois midfielder’s chest.

The amateur player was down for long minutes before being substituted off and taken straight to the hospital.

See also  Weather: What is the meteorological winter that begins on December 1st?
Share