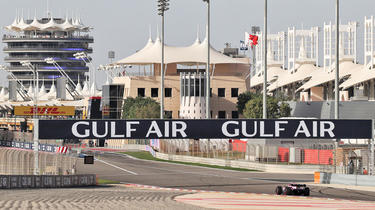 Formula 1: Red Bull, Ferrari, Mercedes… when will the new monopostos be presented?

Formula 1: Red Bull, Ferrari, Mercedes… when will the new monopostos be presented?

The Formula 1 teams mainly present their formula cars for the 2023 season in the first half of February. The season starts on March 5 in Bahrain.

It is always a highly anticipated event. With the 2023 Formula 1 season kicking off in Bahrain on March 5, teams are unveiling their single-seaters a few weeks earlier. The presentation of the new liveries is mainly planned for the first half of February, although some dates are still unknown.

Red Bull will get the ball rolling with the launch of its new car scheduled for February 3rd in New York. The reigning world champion team will be mimicked three days later by Williams (February 6) before a series of presentations: AlphaTauri (February 11), Aston Martin and McLaren (February 13), Ferrari (February 14), Mercedes (February 15). ) and Alpine (February 16). Alfa Romeo and Haas have not yet communicated an appointment.

And before the first Grand Prix, the teams will have a first meeting at the Sahkir track for three days of winter testing organized from Thursday 23rd to Saturday 25th February, one week before the start of the season.

Alfa Romeo: date not yet known

Haas: Date not yet known

See also  Ant-Man 3 and the Wasp: Quantumania: The new trailer is available
Share