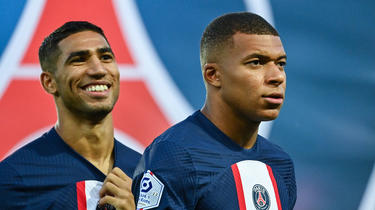 The 18th matchday of the French Ligue 1 championship will be played this Wednesday. Find the results and full summaries of the matches.

Clermont has offered the scalp of another “fat”. The Auvergnats beat Rennes (2-1) ten days after beating Lyon. Surprisingly ninth, Clermont opened the scoring through Grejohn Kyei (31st). Arnaud Kalimuendo brought Rennes back (74th) but Johan Gastien crucified the Bretons who were reduced to 9 (exclusion of Benjamin Bourigeaud and Warmed Omari, who will be absent to host PSG on Sunday).

In eighth place, OL were held to a goalless draw by FC Nantes (14′) and missed an opportunity to rebound ten days after losing 1-0 at home to Clermont. At the Beaujoire Stadium, Lyon newcomer Dejan Lovren began to steady a defense that needed it, conceding for the first time since October 30. This tie leaves OL (25 points) well off the podium while Nantes offers some breathing room with four lengths clear of the red zone.