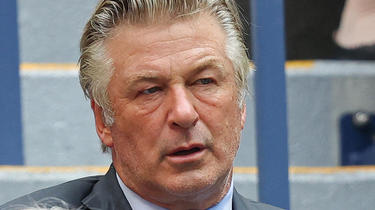 Fatal shooting on the set of Rust: Alec Baldwin charged with manslaughter

Fatal shooting on the set of Rust: Alec Baldwin charged with manslaughter

The Santa Fe County Attorney’s Office announced Jan. 19 that American actor Alec Baldwin, author of a deadly shooting on the set of the 2021 film “Rust,” is to be charged with manslaughter.

“After carefully reviewing the evidence and the laws of New Mexico, I have determined that there is sufficient evidence to bring criminal charges against Alec Baldwin and other members of the ‘Rust’ film crew,” the New Mexico Attorney’s Office said Thursday. Mary Carmack-Altwies investigating the death of Halyna Hutchins which occurred on October 21, 2021 while filming the film Rust.

Alec Baldwin has always denied any wrongdoing, insisting he was only following instructions during a rehearsal in which he practiced positioning the gun for a scene in the film.

He also repeated several times that assistant manager Dave Halls had given him the gun and that it was a gun that was not loaded with real bullets.

He also claimed not to have pulled the trigger at the fateful moment. Which the FBI had refuted in a report that claimed the gun could not have been fired without the trigger being pulled.

Alec Baldwin had also suggested that the film’s chief gunsmith, Hannah Gutierrez-Reed, should have some responsibility in this drama as it was her job to prepare and check the props.

Hannah Gutierrez-Reed is also charged with manslaughter. According to TMZ, if found guilty, she and Alec Baldwin face a maximum of five years in prison.

Assistant director Dave Halls, meanwhile, agreed to a deal for the negligent use of a deadly weapon load hanging against him. He gets a suspended sentence and 6 months probation.

Attorney Brian Panish, representing the Hutchins family, told TMZ, “We would like to thank the Santa Fe Sheriff and District Attorney for completing their thorough investigation and determining that manslaughter charges in the murder of Halyna Hutchins are warranted , with a deliberate disregard for human life (…) Our independent investigation also finds that the charges are justified. It is a comfort to the family that no one is above the law in New Mexico.”

Prosecutor Andrea Reeb said: “The evidence clearly shows a pattern of criminal disregard for safety on the set of ‘Rust.’ There is no place in New Mexico for movie sets that don’t take seriously our state’s commitment to gun safety and public safety.”

The indictment will be formally filed “by the end of the month,” prosecutors said. In August, the 64-year-old 30 Rock actor said he didn’t expect anyone to be charged and told CNN he had hired a private investigator to establish responsibilities in the case.

A number of complaints

On October 21, 2021, filming of the western “Rust” on a New Mexico ranch had turned tragic when Alec Baldwin activated a gun meant to contain only blanks, but whose very real projectile killed cinematographer Halyna Hutchins, 42. and injured director Joel Souza.

Halyna’s family had filed a wrongful death lawsuit against Alec Baldwin and others involved in the production, alleging that he directly caused their deaths and was negligent with the use of the gun and that on-set safety protocols were not followed. The proceedings had resulted in an agreement between the parties, and it had even been decided to resume filming on the film.

See also  With BodyZoi Wrestling, wrestling in Belgium is making its mark on the European scene
Share