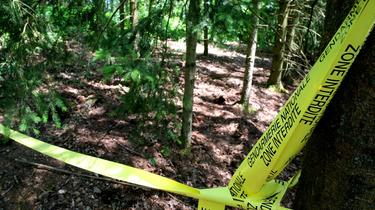 Estelle Mouzin: a last white march 20 years after her disappearance

Estelle Mouzin: a last white march 20 years after her disappearance

It’s been 20 years since young Estelle Mouzin was kidnapped on her way home from school. This Saturday, January 7th, will be the last official white march in honor of the young girl.

20 years ago, Estelle Mouzin disappeared on her way home from school. A final official tribute will be paid to the young girl this Saturday in her village of Guermantes in Seine-et-Marne.

After 17 years of ignorance, Michel Fourniret had finally confessed to being the perpetrator of the kidnapping of the then 9-year-old child. He then explained, “I recognize a being there that through my fault is no longer there.” However, the serial killer dies a few months later before he could pinpoint the location of the body.

If the perpetrator is dead, his ex-wife Monique Olivier will face charges of complicity in November 2023.

The ending investigation and upcoming trial will allow the family of young Estelle Mouzin to go a little further. His father Eric Mouzin, a suspect at the start of the investigation, stated: “We have partially achieved our goals. We have not found Estelle, but we now know the circumstances under which she was abducted and murdered.

Every year since the student’s disappearance, dozens of people gather at the foot of a cherry tree planted in her honor in her village of Guermantes. Estelle’s family states that this ultimate tribute will not end their fight.