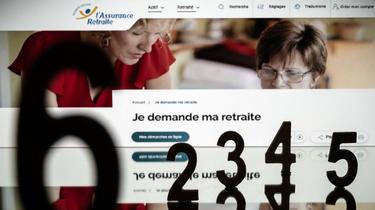 Éric Zemmour: “Retirement at 60 is irresponsible”

Éric Zemmour: “Retirement at 60 is irresponsible”

The day after Elisabeth Borne announced the pension reform law, Éric Zemmour reiterated that “all mobilizations are legitimate”, adding that “those who want to retire at 60 are irresponsible”.

On his trip to Lembeye, north of Béarn, for a visit to rural life in the Pyrénées-Atlantiques this Wednesday 11th January, Eric Zemmour revisited the pension reform announced the day before by Prime Minister Elisabeth Borne.

“All mobilizations are legitimate, we have the right to disagree. But I think those who retire at 60 are irresponsible. We can’t fund it. There are people who are for one day and against the other,” said Reconquest’s president and former presidential candidate last April.

“This government plan generally incorporates my principles, I will not criticize what I have defended, but we must go further in the social measures, the surveillance, the globality of this policy to save this distribution system,” he added.

A visit to support bakers

During his trip to this region, which the former presidential candidate called “land of conquest” at the electoral level, Éric Zemmour met the baker Pascal Wozniak, one of the founders of the collective for the survival of bakeries and crafts.

“This baker, like so many artisans and merchants, works hard but can’t get by,” wrote the president of Reconquete.

Like so many artisans and merchants, this baker works hard but doesn’t make it.

They are the guardians of our know-how and the key players in our economic structure. They maintain social ties in regions that the state is giving up.#ZemmourBearn pic.twitter.com/ZtgKDJFHfM

“They are the guardians of our know-how and the key players in our economic structure. They preserve the social ties in regions that the state is abandoning,” he continued.