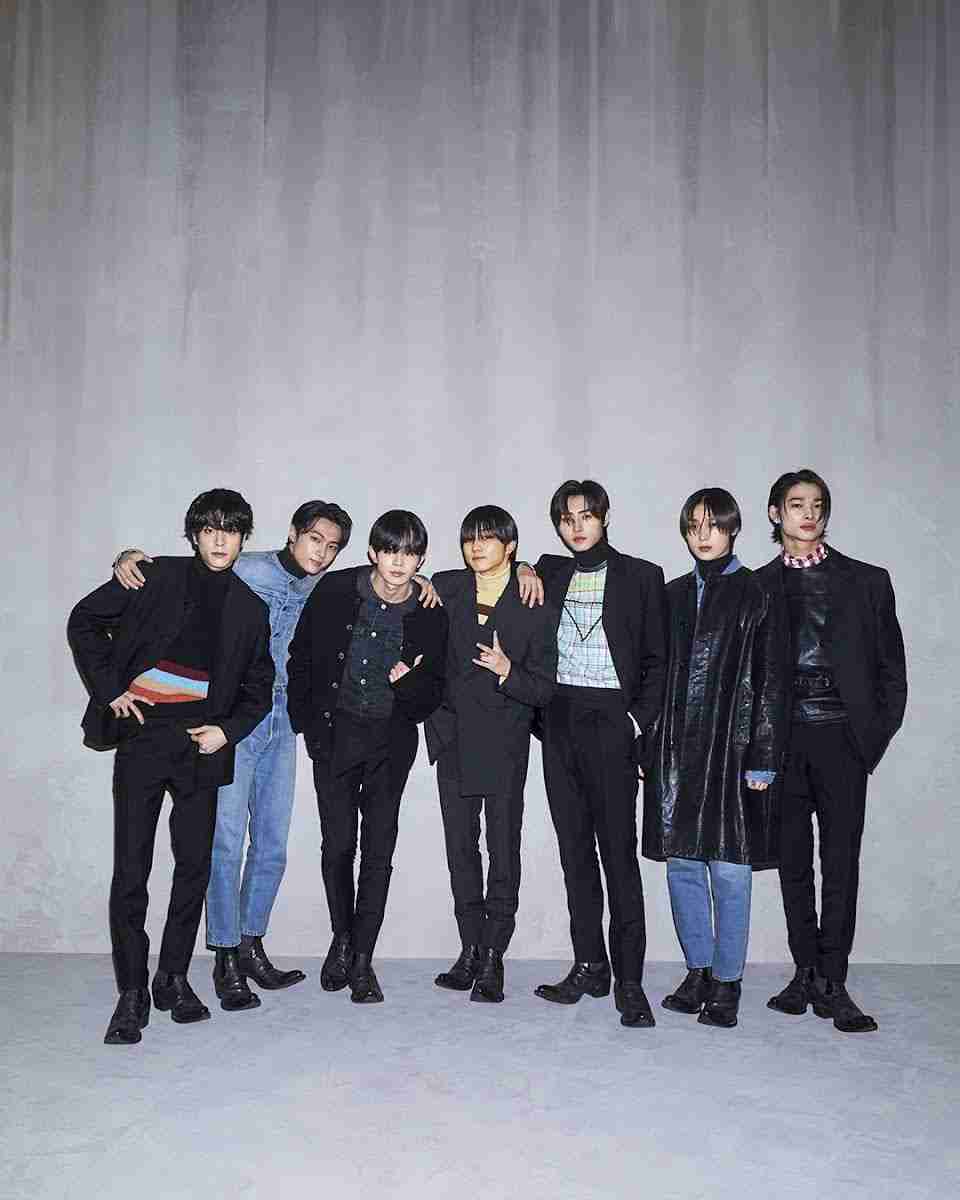 Of course, a huge crowd came hoping to see the boys. Ni-Ki has garnered attention with her supermodel looks, but also with her gentlemanly attitude.

Call on all modeling agencies to recruit Ni-ki as your model because he could stand out from the crowd. Check out this screaming main character straight out of a movie young man 👌🏼 #ni_ki #nikki pic.twitter.com/6mqmUzdERY

Throughout the event, he didn’t hesitate to step in where he was needed, be it to translate for the Japanese actor and model Kentaro Sakaguchi…

A J-engene said that when Kentaro Sakaguchi was wondering where to stand, a staff member said, “Translate Ni-ki Ni-ki!” Then I think Ni-ki said “In the middle”#PRADaxENHYPEN #PradaFW23 pic.twitter.com/IibLzmdOSh

Or for his incredibly polite manners. In the company of Miuccia Prada, he made respectful gestures towards her.

ni-ki’s hands and the way he smiled when mr. raf simmons said something to him :’) actually he’s the most beautiful boy in the world #ni_ki #ENHYPENxPRADA pic.twitter.com/cDzXicGgd3

In addition, he took care of the other members throughout the event.

Outside of the event, Ni-Ki also pointed out that he was taking care of Sunoo in a crowded airport when many fans came hoping to see the group.

ENHYPEN has landed safely at ICN Airport from its stopover in Paris. You deserve a good rest once you get home guys! #ENHYPEN pic.twitter.com/OpM6K4pSMC

Fan footage showed that in all the chaos, security even lost track of Jake for a while.

See also  Former SM Entertainment trainee Lami is rumored to be making her acting debut, and for these 3 reasons, it's exciting news

Due to the pressure of the many people, Sunoo was almost completely stuck, unable to move forward. Luckily, Ni-Ki made sure Sunoo went to the safety of their circle before him, where they were protected by the security guards.

This is such a mess. Security lost Jake because it was crazy in the middle, Sunoo got stuck there but Ni-Ki let him go first and the mess…WE NEED MORE SECURITY pic.twitter.com/lye3GllAzv

After seeing this, many fans asked those present to respect the space of ENHYPEN members and the agency to ensure their safety.

K ENGENE PLS Security lost Jake because it was very crowded and Sunoo was stuck there, but luckily Ni-Ki let him go first and check out the crowd

enhypen was bullied again?? this has happened so many times😭 belift should honestly do something about it; like preparing a better security system when they are at the airport or something😭
pic.twitter.com/gvPocHdBQ2

Although nobody was injured this time, we hope that the boys’ place will be better respected in the future.