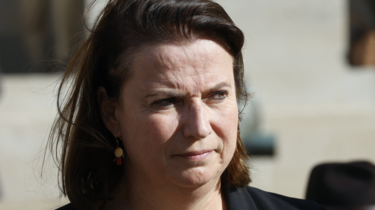 Ehpad: An abuse reporting platform will be launched

Ehpad: An abuse reporting platform will be launched

The government has announced the launch of a digital platform to collect reports of abuse in care homes, we learned on Tuesday 24 January.

A tool to protect the most vulnerable. The Minister for Solidarity Jean-Christophe Combe announced the forthcoming creation of a platform on the internet to “give the floor” to people who are being abused in care homes.

“The goal is freedom of expression, that reports are easier and that they are taken into account,” he told the press this Tuesday, January 24, a year after the publication of the Les Fossoyeurs book investigation, which uncovered abuse and embezzlement in the private Orpea retirement home group.

While this portal is currently in the testing phase, the data collected is kept by the regional health departments, which are responsible for initiating controls in the event of abuse.

The minister said that 1,400 nursing homes had been inspected since July. These are the “most vulnerable Ehpads” that belong to the Orpea group or have been the subject of reports, he specified.

Checks during which numerous cases of violence or endangerment of persons could be identified. “This resulted in 1,794 recommendations, regulations, orders and 11 referrals to the Criminal Prosecutor’s Office,” added Jean-Christophe Combe.

On the subject of staff shortages, the minister announced that an “emergency plan” would be announced in the coming days to enable “rapid qualification of deputy staff” hired in care homes for a post without a diploma.

See also  We rediscovered... the first episode of the Invaders
Share