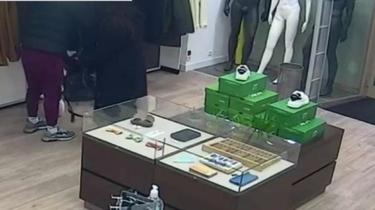 Delinquency: do we have the right to publish the suspect’s photo or video on the networks?

Delinquency: do we have the right to publish the suspect’s photo or video on the networks?

While more and more people, especially business professionals, are tempted to share video surveillance images on social networks to try to identify the perpetrators of crime, the practice is nonetheless prohibited by the Criminal Code. Update on the risks involved.

find criminals. Faced with a lack of resources or inaction from law enforcement and the judiciary, many retailers choose to broadcast CCTV footage showing shoplifters. The same goes for people who post pictures of burglars in action. While they just want to make the police’s job easier, in reality they face a hefty fine.

This is the case of Jérôme Jean, a merchant who runs a ready-to-wear store in the city of Amiens (Somme) and who, after being repeatedly the victim of theft, decided to remove everyone from the surveillance cameras of his store.

Through this initiative, the man interviewed on CNEWS wanted to denounce the spread of this phenomenon and underline the lack of resources for the police and the judiciary. Nevertheless, contrary to expectations, this practice ultimately proves to be more risky for the publishers of the videos than for the perpetrators.

And with good reason: according to Article 226-1 of the Criminal Code, violations of the rules on privacy and the presumption of innocence can be punished very severely. Up to a year in prison and a fine of 45,000 euros. The distribution of video surveillance images is therefore absolutely forbidden and the suspects could even ask for their removal and have the case dropped.

In order not to get into this grotesque situation, three rules must be observed. The first is the presence of an information display indicating the presence of a camera in a public place. Secondly, an “appropriate” use of the images must be respected, that is, they must not be used to create a stir and must have the purpose of identifying thieves in order to provide evidence to investigators. After all, these images may not be kept for longer than a month, after which they must be destroyed.

victims in the dock

These restrictions affect both public bodies and individuals. Supermarkets that continue to put up a “thief wall” with photos of suspected thieves at the entrance to their store could face the judges’ bench.

We remember in particular the story of a pickpocket in a dentist’s office, whose video posted on Facebook reached 200,000 views. The dentist finally found himself in court for violating the presumption of innocence and damaging his image. Therefore, caution is advised.