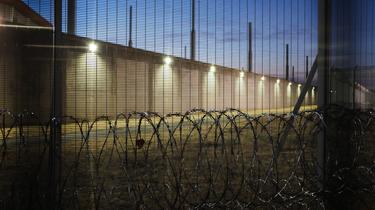 Death of Axelle Dorier in Lyon in 2020: the trial opens today before the Rhône Assizes

Death of Axelle Dorier in Lyon in 2020: the trial opens today before the Rhône Assizes

Two men are on trial in Lyon from this Tuesday for the death of Axelle Dorier, who was dragged 800 meters by a car in July 2020.

An attempt to understand the horror. The Assises of the Rhône will judge, starting this Tuesday January 17, two people, a driver and his passenger, accused of killing Axelle Dorier by dragging her 800 meters on July 18, 2020.

That day, the 23-year-old young woman celebrated the birthday of her two brothers, twins, with a dozen people not far from the Basilica of Fourvière. At around 3:30 a.m., as people were leaving the scene, a first collision had struck a car and a small group whose dog had just been hit.

In the evening, while participants were blocking the car and other escort vehicles while waiting for the police, a Golf suddenly pushed its way through and caught Axelle Dorier. Then she continued on her way. The young woman’s body was found lifeless on the asphalt 800 meters away.

Did the driver know AXELLE was under his car?

One of the aims of the process will be to report on what happened at the time. Testimonies indicate that the victim held on to the hood. The 22-year-old driver at the time of the events, who reported to the police about two hours after the events, defends himself on his side by saying that he did not realize that he had hit her and did not stop for fear of being lynched to become.

The main question for the judiciary to answer will therefore be whether it was known that the young woman was under his vehicle and whether he voluntarily drove 800 meters further before his lifeless body was released.

Axelle Dorier’s family speaks of premeditated murder. “You didn’t give Axelle a chance. His life meant nothing to her,” his father told France 3.

The trial is scheduled to run until Friday, January 20. The passenger appears with the driver, who is being prosecuted for “failing to provide assistance to a person in danger”. The main defendant, for his part, is charged with “violence with a weapon resulting in death without the intention to hand it over” and with “driving and fleeing”. He faces up to twenty years in prison.