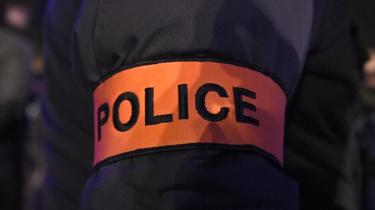 Dead teenager stabbed in Thiais: a white march this Saturday

Dead teenager stabbed in Thiais: a white march this Saturday

Five days after the death of a 16-year-old teenager stabbed in front of his high school in Thiais (Val-de-Marne), a white march was organized by his relatives this Saturday, January 21.

Emotion is still strong in Thiais. At the end of a white march organized this Saturday in honor of the fatally stabbed teenager, the victim’s relatives spoke out. Don’t seek “any form of revenge,” urged the deceased’s father, while his sister confirmed the message by addressing teenagers. “Young people, let him be the last. We’re here to make sure that doesn’t happen again,” she said.

Behind a banner that read “Forever in our hearts,” several hundred people of all ages marched to Guillaume Apollinaire High School, where the teenager was studying and near where he was killed.

Bright roses in hand, white t-shirts worn over jackets, several young people wore t-shirts with “the last” written in pen and surrounded by hearts. A wreath of white flowers was eventually placed at the exact spot of the deadly brawl.

As a reminder, on Monday January 16, a fight linked to a rivalry between young people from Choisy-le-Roi and Thiais resulted in the stabbing of two teenagers. One was injured in the thigh, the other is unfortunately dead, hit in the chest.

The investigations led to the arrest of four minors who were taken into police custody on Thursday and then remanded in custody. One is the alleged perpetrator. He is also 16 years old. He is already known to police for “severe violence” and “participation in an armed crowd”. He was forbidden to go to Thiais except for his schooling.

LFI Val-de-Marne MEP Rachel Kéké, present at the march, denounced the lack of consideration given to young people from working-class areas. “We are not doing enough for them, they will be forgotten,” she told AFP.