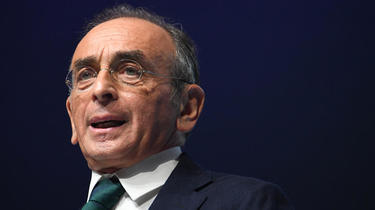 Dawn: The man who hit his children with an ax has been charged

Dawn: The man who hit his children with an ax has been charged

The father, who physically assaulted his two children and his former partner in Aube, was charged on Thursday 12 January.

The 46-year-old man suspected of axing his 11-year-old twins and ex-girlfriend before setting fire to their home in Montreuil-sur-Barse, near Troyes (Aube), has been arrested arrested examination, this Thursday, January 12 after his arrest last Monday.

The two children are still in the hospital, they are seriously injured. Meanwhile, the mother sustained injuries to her hands.

Arrested after three days on the run, the man was initially taken into police custody, where he confessed to breaking into his ex-girlfriend’s house. He admitted setting fire and leaving his family trapped on the first floor, “but has no recollection of the exact scene of the violence,” prosecutor Julie Bernier said.

The forty-something was also charged with “property damage by fire”.

According to prosecutors, the man repeatedly said during police custody that he “wanted an explanation” from his ex-girlfriend, from whom he had been separated for several months.

The facts happened on the night of Friday January 6th to Saturday January 7th. The man had broken into the home of his ex-girlfriend, with whom the breakup is complicated, and attacked his children, 11-year-old twins, and their mother with an axe.

The man then fled. His car was found a few miles from his ex-companion’s home on Saturday morning. An investigation has been launched into three counts of attempted murder and destruction of property by fire.

See also  Alibi.Com 2: discover the trailer for the new Lacheau

An appeal for witnesses had been launched and around fifty gendarmes had been mobilized. The investigation was entrusted to the research brigade of Rosières-près-Troyes and the research department of Reims.