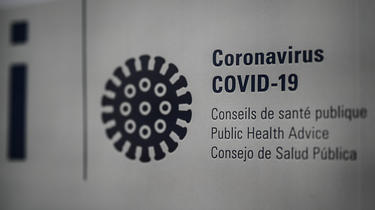 Covid-19: All About the New Omicron Subvariant Worrying England

Covid-19: All About the New Omicron Subvariant Worrying England

A new Omicron sub-variant, the CH.1.1, has emerged in England. According to health officials, it could be more pathogenic than other variants and should be closely monitored.

Also known as “Orthrus” or “Orthro”, the new sub-variant of Omicron is gaining more and more presence in the UK. Like its nickname, which refers to the mythological two-headed dog, the CH.1.1 is worrying. Discovered in November in Leicestershire, England, this variety is just growing. While on November 12th it was present in just 1% of the analyzes recorded by the Sanger Institute, it is now found in 23.3% of tests across the UK. CH.1.1 has also been recorded in India and Spain.

If subvariant CH.1.1 causes the usual symptoms like headache, sore throat or even cough, a mutation of the latter called P681R could be more dangerous. The latter is also present in the Delta variant, attacks the cells more violently and can therefore trigger more serious diseases.

According to Dailymail, scientific studies also show that this variant contains R346T, which is said to help the strain fight off antibodies produced in response to vaccination or a previous infection. Like subvariant XBB.1.5, also called “Kraken”, present in United States territory, CH.1.1 could become a dominant strain of Covid-19. Due to the high vaccination rates and previous infections in Europe, experts believe there is no reason to worry for the time being.