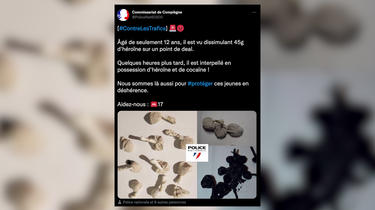 Cocaine: plagued the ports of Antwerp and Rotterdam

Cocaine: plagued the ports of Antwerp and Rotterdam

The ports of Antwerp (Belgium) and Rotterdam (Netherlands), plagued by massive arrivals of cocaine from Latin America, are facing a surge in violence from drug traffickers.

Acts of violence increase as seizures increase. The ports of Antwerp (Belgium) and Rotterdam (Netherlands) are plagued by arrivals of cocaine from Latin America. Result: An increase in violence by drug dealers is noted.

In recent years, the Belgian city has developed into the most important cocaine gateway to Europe. Antwerp just set a new record for cocaine seizures with almost 110 tonnes seized in 2022. Belgian customs are overwhelmed by the phenomenon, which is gaining momentum every year.

“Can we do more? Yes, but it has to be realistic. I can’t stop all the containers, I can’t scan them all. If I had the money and the necessary infrastructure, I would do it. At the moment we don’t have this technology,” estimates Kristian Vanderwaeren, head of Belgian customs, on CNEWS.

Cocaine is shipped from Latin America, including Panama, Colombia and Ecuador, arriving primarily at the ports of Antwerp and Rotterdam. The authorities are also very concerned in the Dutch city.

“We have shootings every day. In Rotterdam we shoot at each other, we shoot at houses, we plant explosives on houses, we intimidate. What we are seeing is that violence is becoming more and more excessive and that is a trend that we need to reverse,” analyzes Hugo Hillenaar, the Dutch city’s Attorney General.

Cooperation between Belgian and Dutch customs led to the seizure of 160 tonnes of cocaine in 2022.