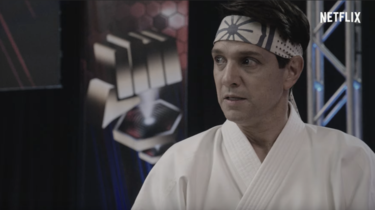 Cobra Kai: Season 6 will be the last

Cobra Kai: Season 6 will be the last

The “Cobra Kai” series will conclude at the end of season six, Netflix announced via a teaser released this weekend. A final chapter for fans to discover by the end of 2023.

Cobra Kai never dies. Netflix has released a trailer to reveal that season 6 of the series inspired by the 1984 movie The Karate Kid will be its last. Viewers will soon witness the conclusion of the adventures of Johnny Lawrence and Daniel LaRusso, in a final chapter whose air date remains unknown for now but is expected to arrive on the streaming platform by the end of the 2023 season year.

Launching on YouTube Red in May 2018 – before Netflix acquired the rights for a third season two years later – “Cobrai Kai” found unexpected success by reuniting the two main characters from the original film on screen. , more than 30 years after their confrontation.

After numerous disagreements, fights, disappointments, but also unity and friendship, Johnny and Daniel are about to put an end to their adventures with the mission to save karate in the San Fernando Valley.

“We were honored to connect our world to that of The Karate Kid. It allowed us to become Sensei, expand on the original stories and bring forth a new generation. We never took this opportunity for granted. Our goal with the series from day one has been to give this story the closure it deserves and leave this valley the way we set out to do it. While this may sound bittersweet to fans, the MiyagiVerse has never been stronger. We hope one day we’ll have the opportunity to tell more Karate Kid stories, because as you all know, Cobrai Kai never dies,” wrote creators Josh Heald, Jon Hurwitz and Hayden Schlossberg in a fan letter.

At the moment, no exact date has been announced for the start of season 6, but the broadcast is expected for the end of 2023, reports the American press. Spin-off projects have been considered in the past, but no serious indications have been given at the moment.

See also  SNCF strike: how to get a refund?
Share