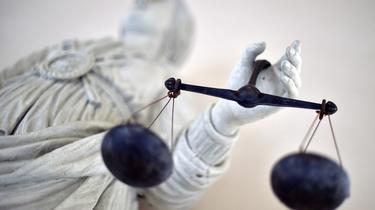 Chlordecone in the West Indies: widespread screening of farm workers

Chlordecone in the West Indies: widespread screening of farm workers

While en route this Saturday, January 14, in Martinique, the Minister Delegated for Overseas France announced in February the launch of general screening for chlordecone exposure among farm workers.

Just days after the French courts dismissed charges in the Chlordecone scandal, the government announced on Saturday 14 January that it would accelerate the use of blood tests for farm workers in Martinique and Guadeloupe. The Minister for Overseas Territories, Jean-François Carenco, promised a generalization of these tests to measure exposure to this dangerous pesticide from February 6th.

These screenings were previously available, but few workers used them because of the remoteness of the labs. From February 6th, thanks to this free campaign by the Regional Health Agency (ARS), blood tests will be carried out on the farms themselves.

#Layer | Minister Jean-François Carenco entered #Martinique in the continuity of its activity and the follow-up of important files. Housing, development, added value, sargassum or agriculture will be the main themes of this 3rd trip to the flower island. pic.twitter.com/vdmjPAYg5x

This system, announced on December 16, was initially to be deployed in 23 Banamart cooperative banana farms “in the first half of 2023” before being expanded “later” to other agricultural sectors. But Jean-François Carenco, in his own words, was “a little nervous”, so the screenings are generalized from February 6th.

Unions estimate 6,000 to 7,000 farm workers should be tested. Chlordecone was used in the banana plantations of Martinique and Guadeloupe for decades before it was banned in 1993 because of its toxicity. Almost 90% of the local population is infected with chlordecone, according to a report published on December 6th by the French health authority (Anses).

A “health scandal” but no charges

A staggering figure considering that Inserm published an expert report “Pesticides and Health” in 2021, which concluded with strong suspicion of an association between exposure to chlordecone in the general population and the risk of developing prostate cancer.

Since 2008, there has been judicial information on the poisoning of the population and the environment related to this pesticide. It resulted in no prosecution and resulted in a dismissal, which was pronounced on January 2nd. And that despite the fact that two investigating magistrates in Paris described the case as a “health scandal”.

In Martinique, in Fort-de-France, several dozen people demonstrated outside the courthouse on Friday to express their anger at the decision. During a press conference, Jean-François Carenco himself acknowledged the “humiliation” inflicted on the victims of Chlordecone “by prolonging this affair by thirty or forty years”.