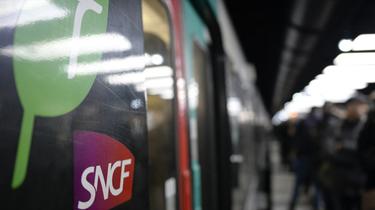 Cat cut in half by a TGV in Paris: the controversy swells

Cat cut in half by a TGV in Paris: the controversy swells

On January 2, a cat taking refuge on the rails was run over by a TGV at Montparnasse station in Paris. The animal’s owners accuse the SNCF agents of not doing anything to come to the cat’s aid.

It’s a drama with a lot of ink spilled. A cat was cut in half by a TGV as it escaped from a bag to take refuge under the oars at Montparnasse train station in Paris. Georgina and her daughter, owners of the cat, denounce the inaction of the SNCF agents present who, according to them, could have been saved. They watched helplessly as he died. According to the mother and her daughter, the officers present voluntarily decided not to save the animal so as not to cause delay.

The one named Neko could not escape his tragic fate. A drama that raises some questions, in particular about SNCF’s responsibility in this accident and the state of animals on public transport.

Hugo Clément responds to the controversy

The controversy has since swelled on social media and with figures fighting to protect animals. Hugo Clément, a French animal rights activist, was outraged on Twitter when he denounced SNCF for its inaction. In addition, the Brigitte Bardot Foundation also expressed dislike of the railway company’s actions: “It is surprising that the SNCF is not involved in strengthening animal welfare”.

Since then, the SNCF has responded by “regretting this sad incident” without providing any details on the implementation of animal welfare measures on public transport. The ambiguity surrounding responsibility for such incidents remains, even though the animal has been recognized as a living and sensitive being in the Civil Code since 2015.