Studiocanal has just unveiled the first shot of actress Marisa Abela (Industry) in the skin of Amy Winehouse for the biopic Back to Black, which is set to begin filming in London. With director Sam Taylor-Johnson (Nowhere Boy) behind the camera.

A very conclusive first look. The filming of the biopic “Back to Black” dedicated to the singer Amy Winehouse, announced last July by the American site Deadline, will begin on January 16 in London, with director Sam Taylor-Johnson (Nowhere Boy) behind the camera, announced Studiocanal via its Twitter account.

We are proud to announce the start of filming on BACK TO BLACK, the first biopic about the iconic Amy Winehouse! An ambitious project @StudiocanalFR with @FocusFeatures etc @MonumentalPics. Directed by Sam Taylor-Johnson and starring Marisa Abela https://t.co/TVpDUqLpAy

The company took the opportunity to publish the first photo of actress Marisa Abela (Industry) in the singer’s shoes. She appears there in close-up, with this hairstyle recognizable under all the tattoos, while she appears to be singing. 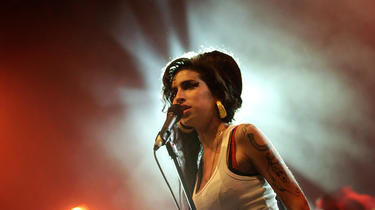 According to the synopsis released by Studiocanal, the film will chronicle the singer’s life and career, from her beginnings in the north London jazz scene – she used to get her habit at the Cobben Club – to the smashing success of her album ‘Back to Black’ and its hit “Rehab” before he tragically died of alcohol poisoning in 2011 at the age of 27.

See also  Christmas holidays: why does the school year start on Tuesday 3 January?

The biopic promises to delve into the artist’s life, which will be adapted for the cinema for the first time. No release date is known at this time.