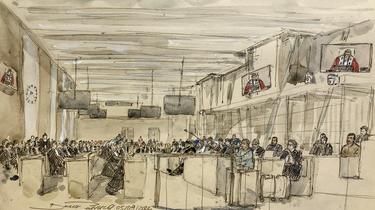 Chokri Chafroud and Mohamed Ghraieb, both sentenced to 18 years in prison in the Nice attack trial, appealed the verdict of the Special Court in Paris.

After more than three months of hearings, Chokri Chafroud and Mohamed Ghraieb were found guilty on 13 December of a terrorist criminal organization for their involvement in the Nice attack.

On July 14, 2016, a pile driver on the Promenade des Anglais in Nice killed 86 and injured 450. The attacker, Mohamed Lahouaiej Bouhlel, was killed by police.