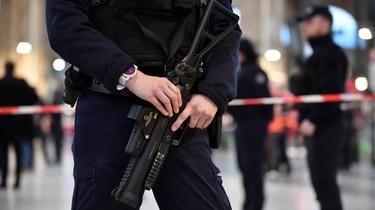 Attack at the Gare du Nord in Paris: “We were all in a panic,” a witness is touched

Attack at the Gare du Nord in Paris: “We were all in a panic,” a witness is touched

“We were all in a panic,” said CNEWS, a witness to the attack on the Gare du Nord in Paris, which left 6 wounded this Wednesday morning, including one in an emergency.

shock and emotions. Following the attack on the Gare du Nord in Paris this Wednesday morning, which injured 6 people, including one in dire need, the various testimonies of those who were present on the ground during the tragedy testify to the seriousness and violence of the facts.

“We saw people running on all sides and I directly heard police shots at a man who was stabbing other people (…). We were all panicking, we didn’t get it,” a witness told CNEWS.

According to a source close to the case, the perpetrator is a North African who arrived in France three years ago. His true identity remains unclear for the time being.

He is indeed known to the judiciary by three names of Libyan nationality and others of Algerian nationality for common law acts, particularly acts of violence. He was also sentenced to a fine for trespassing and a four-month suspended prison sentence for theft.