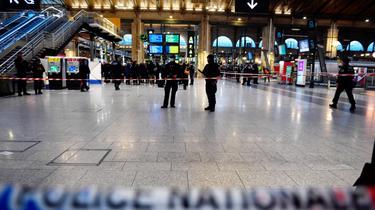 The police custody of the man who injured six people at the Gare du Nord in Paris on Wednesday morning was released on medical grounds on Thursday afternoon.

Police custody for the attempted assassination of the man who injured six people, including one seriously, on the morning of Wednesday January 11 at the Gare du Nord in Paris was lifted on Thursday on medical grounds. First of all, his state of health was compatible with such a measure. The suspect had been taken to hospital after being shot dead by police during his attack.

We also learned this Thursday that a man who likely harbored the suspect, whose true identity still remains a mystery, has been taken into police custody.

The man was taken to hospital on Wednesday morning after being shot twice in the chest and once in the arm. In a press release issued on Wednesday evening, prosecutor Laure Beccuau said the weapon used by the suspect was “a metal hook, the longest part of which ends in a point and is surrounded at its greatest part by a cord that allows for better handling.”

According to initial investigations, “the defendant suddenly, for no apparent reason, began hitting a first victim with his weapon, striking him twenty times.”

A total of six people were injured in this attack, including two Paris station users aged 36 and 41, a PAF police officer aged 46 and three women aged 40, 47 and 53.

See also  Olympic Games 2024: who will transport the athletes and organizers during the competition?
Share