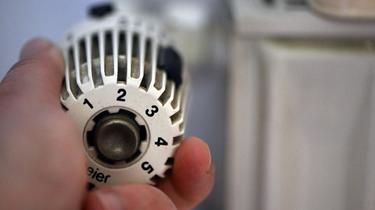 Asthma in children: According to two studies, cooking with gas is involved in more than 12% of cases

Asthma in children: According to two studies, cooking with gas is involved in more than 12% of cases

Gas cooking may be responsible for about 12% of childhood asthma cases in the US and Europe, two studies by a US research institute and European NGOs have found. High levels of nitrogen dioxide (NO2) are believed to cause various respiratory diseases including asthma.

Worrying Numbers. Two scientific studies link gas cooking to childhood asthma in the United States and Europe. According to the researchers, the high levels of nitrogen dioxide released by gas stoves are responsible for more than 12% of asthma cases observed in children, while this cooking method is used in 35% of American and about 30% of European households.

The first study by Rocky Mountain Institute (RMI) researchers, published in December 2022 in the International Journal of Environmental Research and Public Health, estimates that 12.7% of childhood asthma cases in the United States are due to cooking gas. In particular, the scientists relied on a meta-analysis of 41 previous studies, combined with data from the American census.

“Using a gas stove is almost like having a smoker in the house,” the US study’s lead author Talor Gruenwald told AFP.

In Europe, too, associations and NGOs such as Clasp, Respire and the European Public Health Alliance have commissioned a study on this topic that seems to deliver almost identical results. After conducting laboratory tests and computer simulations, the Organization for Applied Scientific Research in the Netherlands (TNO) estimates that 12% of childhood asthma cases in the European Union are also linked to this cooking method.

More specifically, the report of this study concludes that the levels of nitrogen dioxide (NO2) released by this type of flock exceed the maximum limits set by the World Health Organization (WHO), ie 25 micrograms/cubic meter outdoors, on five days out of seven. And that in most cases (types and duration of cooking, ventilation, types of housing, etc.). According to the WHO, these high NO2 concentrations in households can lead to various respiratory diseases, including asthma.

The Clasp association is currently running an experiment in 280 European kitchens, 40 of them in France, hoping to confirm these results. But for Tony Renucci, executive director of Respire, these numbers are already “a shock”. A finding shared by Stanford University’s Rob Jackson, author of research papers on methane pollution from gas stoves, who believes these findings “confirm dozens of other studies concluding that breathing indoor gas pollution can trigger asthma .

However, the opinions of the scientific community are divided. Daniel Pope, Professor of Public Health at the University of Liverpool (UK), said he was extremely cautious as “the link between asthma and pollution from gas stoves has not been definitively proven and more research is needed,” he said.

For this professor, these publications should not negate efforts to persuade the population to give up cooking with wood and charcoal, which would be the cause of 3.2 million deaths a year from domestic air pollution, mostly in developing countries.

A point on which Brady Seals, director of the Rocky Mountain Institute, agrees: “Gas is certainly better” than these other cooking methods, “but it’s still not healthy,” he concludes.

See also  Toulouse: A man has been arrested after raping a 96-year-old woman
Share