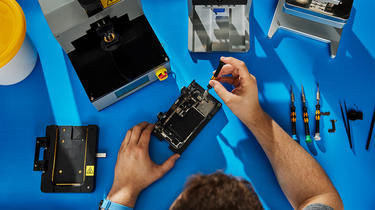 Apple HomePod 2023: What are the differences to the 1st generation?

Apple HomePod 2023: What are the differences to the 1st generation?

While the first generation of the HomePod hasn’t been sold since March 2021, Apple is organizing the return of its smart speaker in January 2023. Given the identical design to its predecessor, the differences are to be found inside. Here you are.

It comes as a surprise at the start of the year when 2023 promises to be good for Apple. Just a day after presenting their new M2 Pro and M2 Max chips that will equip the new Mac ranges, the Apple brand has decided to breathe new life into its HomePod.

A speaker that had marked the Californian company’s entry into this branch of the audio market in 2017, but which had been taken off the shelves in March 2021. At the same time, the HomePod Mini, compact and accessible (109 euros), could convince. However, Apple had no intention of dropping its ambitions surrounding its premium smart speaker. A model that will be launched at 349 euros and will be officially marketed from February 3rd.

For now, and while we await the first audiophile tests, we must take a look at the specifics revealed by Apple to discover the new features that come with this 2nd generation HomePod.

Because the design of the object remains the same as its predecessor. So what does she bring?

First of all, using a ruler and a scale, we can note two subtle points. The new HomePod is slightly smaller: 168mm compared to 172mm for the old one; but also a little lighter: 2.3 kg versus 2.5 kg. It should be noted that the two versions remain 100% wired, meaning there is still no battery on these models to move the speaker around at will.

It is therefore necessary to dissect the beast to really understand the differences. Because the work done by Apple was to improve the acoustics of its HomePod. Here we go from seven to five twitter for the treble, which however aims to deliver more detail, all coupled 360° around a woofer – the same as the first generation – for the bass and midrange. There are also fewer microphones as we go from six to four for recording voice commands given to Siri. 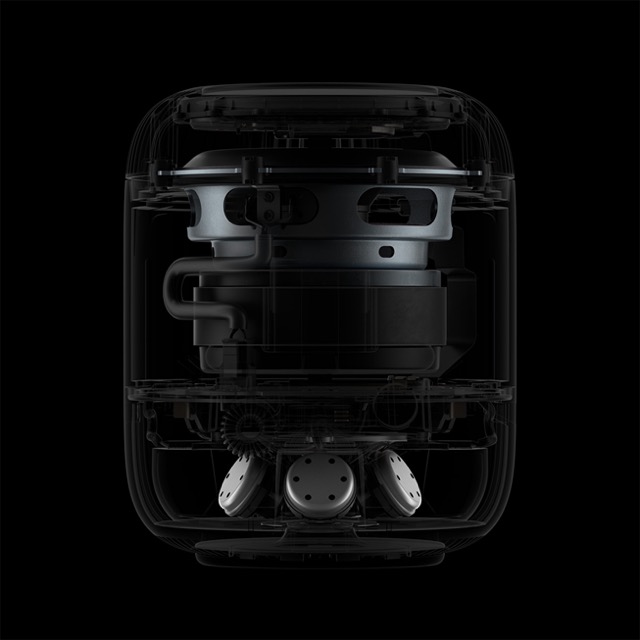 In view of this “regime” one can marvel at the sound quality. However, Apple claims to have managed to improve its speaker while betting on a form of sobriety. Because the most important innovation is the support of Dolby Atmos tracks for a more immersive sound and better spatiality. An important point for the brand, which particularly highlights the albums offered in Spatial Audio on its Apple Music platform, where more than 100 million songs are accessible.

It’s also still possible to pair two HomePods into a stereo pair. Apple also explains that it is possible to pair an old HomePod and a new one, but that certain formats are not taken into account, such as Dolby Atmos in this case.

A speaker for a connected home

The Cupertino-based company also emphasizes the home automation and connected features of its case. If the previous generation was allowed to interact with devices connected to the Home application via Siri, it is indicated that the 2nd generation HomePod is compatible with the Matter protocol, an open standard that allows the speaker to be shared with others to connect devices. We also know that the new HomePod will integrate temperature and humidity sensors. Finally, by using its microphones, it will know if a smoke detector alarm is going off in your home, the HomePod can then send a notification to the family’s iPhones.

See also  Dahmer: Will there be more true stories of serial killers on Netflix?
Share