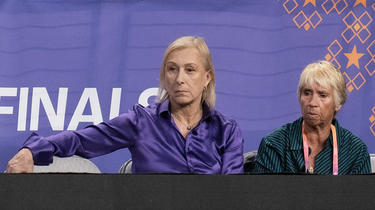 Anne-Sophie Lapix, her husband Arthur Sadoun talks about her cancer and her fight for a better reception of the sick in companies

Anne-Sophie Lapix, her husband Arthur Sadoun talks about her cancer and her fight for a better reception of the sick in companies

Arthur Sadoun, head of Publicis and husband of Anne-Sophie Lapix, confided this Tuesday, January 17, 2023 to cancer from which he suffered only a few months ago. After his battle with the disease, he explains that he has decided to lead another: to work for a better reception of the sick in companies.

Arthur Sadoun embarks on a crusade for a good cause. The Publicis boss on Tuesday January 17 issued a call for big companies to “break the taboo on cancer in the workplace,” several months after going public with his own battle with a tumor associated with related to human papillomavirus (HPV). .

In a long interview published in Le Parisien, he recounts that “bored day” in March 2002 when he felt “a ganglion cyst” in his neck, then the horrific diagnosis of a tumor in his tonsils. He then looks back on the intense and complicated struggle that followed, months of treatment between radiotherapy and chemotherapy and the loss of 14 kilos. He claims to be better today and even “hyperwell” and to have made the decision to make sure that the daily lives of patients in their workplace are improved.

“I’m coming out of this disease on a mission,” he said, regretting that one in two workers is afraid to talk to their employer about their cancer. “Crazy, isn’t it?” he says, noting that “some are afraid their development will be stopped,” while others even “get surgery while on vacation.”

He asks business leaders to be more open with their sick employees and sick people “not to be ashamed” of their illness.

“I don’t understand why I should be ashamed”

In April, journalists from Figaro Economie revealed that Arthur Sadoun, who was married to journalist Anne-Sophie Lapix for 12 years, had undergone surgery to eradicate a “small cancerous tumour”.

“All cancer cells were removed. Today there is nothing to fear,” he himself told his staff in a video published on April 9, after the operation to have the tumor removed.

The latter was caused by a papillomavirus, a sexually transmitted infection he just cites “because there’s nothing to be ashamed of.” “I don’t see why I should be ashamed. what is my fault Having sexual relationships between the ages of 20 and 30? If so, I’ll leave prudes to be offended.

Talking about his cancer, especially as the leader of a CAC40 group, “puts his vulnerability on the map,” he testified in an interview with AFP.

“Furthermore, it happened to me 4 months before the end of my term of office,” explains the chairman of the board, who was extended by four years last September, who says he “exerted violence in the name of transparency”.

In his latest welcome video, which is aimed at almost 100,000 Publicis employees, he warns. “Do you know that 80% of adults have the papillomavirus?” he asks before greeting American actor Michael Douglas, who, like him, had been battling throat cancer caused by the same virus.

“We had 24 million views on YouTube anyway,” he nevertheless welcomes AFP, pointing out the importance of vaccination against this sexually transmitted virus.

But the “most legitimate” fight Publicis can fight is at the corporate level, he insists. That is why the communication group is launching a major campaign on the subject.

About thirty multinational companies, from Walmart to Toyota or L’Oréal, have already responded positively to this call.