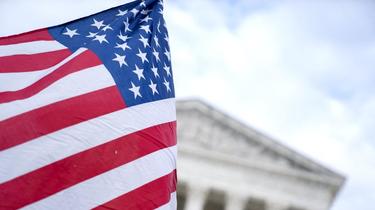 Accused of spying on behalf of Cuba in the middle of the Cold War, Ana Montes was released on Sunday January 8 after serving more than 20 years in prison in the United States.

A cinematic story. Accused of spying on the American government on behalf of Cuba in the middle of the Cold War, Ana Montes was released this Sunday after serving more than 20 years in prison in Texas (USA).

An analyst with the Defense Intelligence Agency (DIA) for more than two decades, she was considered one of the “most dangerous spies” captured by the United States. Ana Montes was arrested in 2001 for providing classified material and the names of four US agents planted in Cuba and was sentenced to 25 years in prison for endangering “the nation as a whole”.

“She compromised everything we knew about Cuba and how we behave in Cuba. The Cubans were aware of everything we knew about them and were able to use this to their advantage (…) She also found the opportunity to share information she gained with the other powers,” revealed Michelle Van Cleave, the director of counterintelligence under President George W. Bush to Congress in 2012.

Unlike many prominent spies, Ana Montes chose this path out of ideology, not greed, according to the BBC. She cooperated with the Cuban government because she disagreed with the Reagan administration’s policies in Latin America. It was particularly marked by American support for the Contras, a rebel group suspected of war crimes in Nicaragua.

According to a report by the Defense Department’s Inspector General, this opposition to the American stance in Nicaragua would have allowed Montes and Cuba to come closer. Approached by a friend from Johns Hopkins University in 1984, Ana Montes agreed to work for the Cubans after a dinner organized in New York with an island intelligence agent.

See also  Weather: What is the meteorological winter that begins on December 1st?

After training in Havana organized by Cuban intelligence the following year, the latter eventually joined the Defense Intelligence Agency as senior analyst for organization in the Cuban Communist government.

To run her double agent game, Ana Montes has used multiple schemes for more than two decades. She met with various Cuban intelligence agents in Washington DC several times a month. She also sent them encrypted messages containing top secret information through a pager. Conversely, she received her orders via shortwave radio. 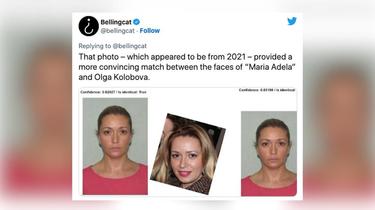 Brilliant and recognized by her peers, the spy even received an award from the DIA in the 1990s for “doing all her duties in an exemplary manner” and “inspiring others.”

Over a decade ago #AnaMontes Arrested when an agent of Cuba, she received an award from the DIA for “exemplary fulfillment of duties,” “excellent record,” and “inspired others.”

She was arrested in September 2001 and served more than 20 years in Texas prison before finally being released on Sunday. However, for five years, it will be monitored and its Internet surfing will be scrutinized by the American authorities. Finally, she is prohibited from working for the government or contacting foreign agents without authorization.